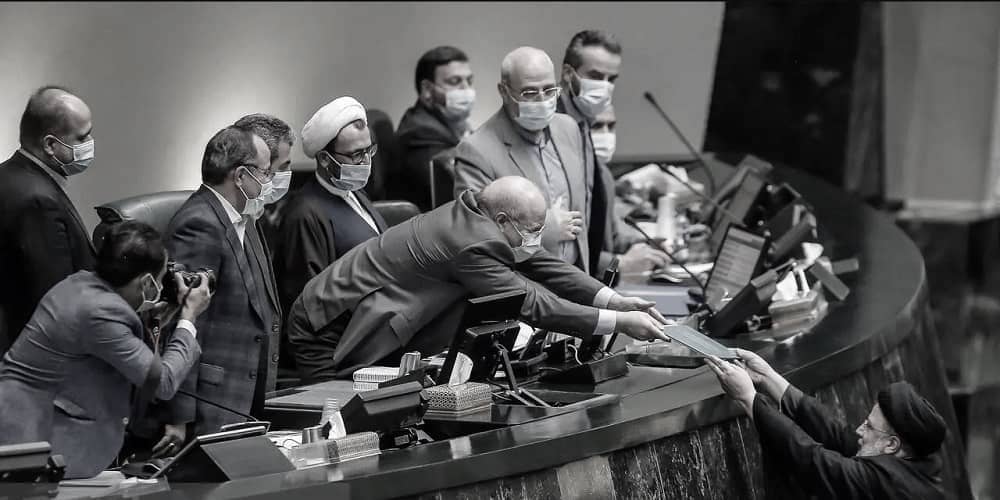 The Iranian regime’s president Ebrahim Raisi presented the draft of his government’s budget for the upcoming Persian Year of 1401. Raisi claims that this budget would result in a %8 economic growth. Many of the regime’s own experts acknowledge this budget increases poverty.

According to Iran’s state media, as reported by Reuters, the nominal balance budget is 15,052 trillion rials, equivalent to $50.2 billion at the free-market exchange rate ($1=300,000 rials at the free market rate). The Iranian regime budget bill for 1401 includes an unprecedented military budget growth. Yet, people’s economic grievances are not addressed in this bill. Meanwhile, “According to data from the Ministry of Cooperatives, Labour, and Social Welfare in 2019, about 26 million Iranians were below the poverty line, which was predicted to increase to 30 million in 2021. In other words, 4 million people have fallen below the absolute poverty line in one year.” (state-run Setar-e Sobh daily, December 12, 2021).

The second part deals with the so-called non-governmental companies and the foundations of the regime, including the Revolutionary Guards (IRGC), the military, and their affiliates. The Khatam al-Anbiya Headquarters and foundations under the regime Supreme Leader’s control are among also receive budget which is double the size of General Government Budget. These foundations and companies control billions of dollars, and this money is only used by the regime for domestic oppression or export of terrorism. These foundations are exempt from paying taxes and they do not audit any authority about their income and expenses.

“These companies that receive 20,000 trillion rials of budget, which is more than the country’s general budget, are on their own path and do as they like. They do not care about the laws we pass here,” Mohammad Bagher Ghalibaf, the regime’s parliament speaker acknowledged on December 14. 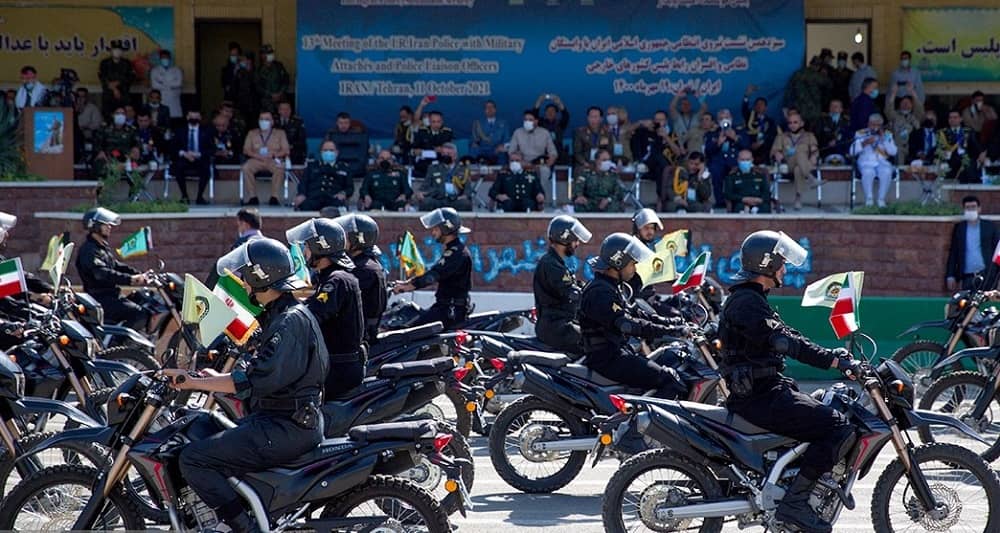 The lion’s share of Iran’s 2022-2023 budget goes to the regime’s military apparatus, such as the Revolutionary Guards (IRGC), Army, and Basij militia. Institutions under regime Supreme Leader Ali Khamenei’s control. These institutions include the regime’s state TV.

The 2022-2023 budget will at least allocate $5 billion worth of crude oil to boost the regime’s so-called “defense capacities and strategic research,” up from $4 billion the previous year.

According to the state-run Vatan-e Emrooz daily on December 13, “In the budget bill, crude oil will be transferred to the armed forces as a source of revenue (from the General Government Budget) in next year’s budget bill, 4.5 billion euros will be allocated to strengthen the defense through the transfer of crude oil.”

According to Vatan-e Emrooz, “The share of Disciplinary Force of the Islamic Republic [from $5 billion] is 205, the Ministry of Defense 629, and the army 679 million euros.”

According to Vatan-e Ermooz, the IRGC will receive “959 million euros.”

Besides giving crude oil to its military forces, the regime will also allocate a separate budget to them.

According to Vatan-e Emrooz, “Apart from the transfer of crude oil, the current budget of the country’s military organizations for 1401 includes:

According to the state-run Hamdeli daily on December 13, “The amount of budget allocated to the Broadcasting Organization of the Islamic Republic of Iran (IRIB) is 5,200 trillion rials. Meanwhile, the budget of this organization in 1400 was equal to 3300 trillion rials, which shows a growth of 56 percent.”

This growth of 56 percent is nearly four times more than the 10 percent raise of people’s salary base.

A line is set for the IRGC Baqiyatallah socio-cultural Garrison in the budget bill. Besides, it will receive a budget of 2,000 billion rials under the pretext of supporting cultural and social institutions such as Owj and Seraj. These are affiliated with the IRGC and create the regime’s propaganda films and TV series, mostly to demonize the Iranian opposition. The Iranian regime has produced more than 300 of movies, documentaries, and short films to tarnish the image of its opposition, the People’s Mojahedin Organization of Iran (PMOI/MEK).

Paragraph C of the Note to Budget Bill 1401 obliges the Ministry of Roads and Urban Development to “provide the land needed for the construction of checkpoints, police stations, resistance bases, and Basij free cultural-sports halls,” and provide them to” the management of Mehr housing projects, national housing, and urban regeneration projects.”

Who else benefits from this budget?

Nearly 1.5 trillion rials has been allocated for the Guardian Council, while the regime has no elections in upcoming years.

The budget of the presidential institution during Hassan Rouhani was 5 trillion rials. In the 1401 budget bill, Raisi increased has it to 14 trillion rials.

The budget of seminaries and their affiliated institutions is nine times more than the university’s budget. 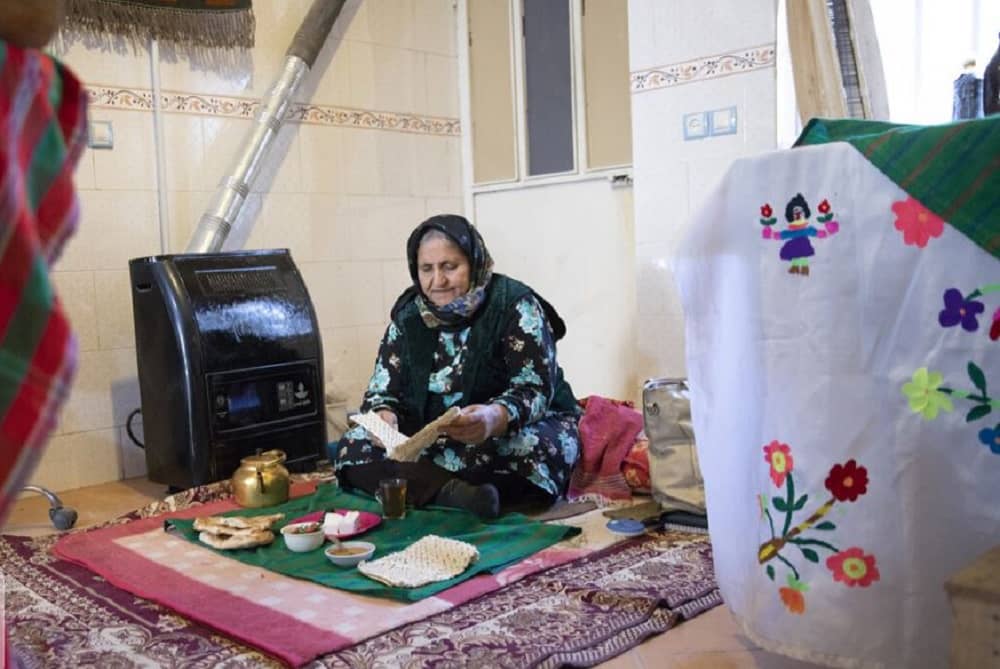 What will Iranians Get?

The Iranian people and their demands are nearly excluded from the budget bill. According to the state-run ILNA News Agency on December 13, “The least attention has been paid to the welfare of the family in the country’s budget.”

“With the minimum wage set by the government in the 1401 budget, the purchasing power of the Iranians will decrease, and next year we will see a deepening of social difference between the deciles and an increase in relative poverty and absolute poverty,” ILNA adds.

According to ILNA, Raisi’s “government has completely ignored the inflation in1400, and no compensation has been found for it. All these issues show that we will see rising inflation in 1401, and the expenses created in next year’s budget will be added to people’s living expenses.”

The most prominent sources of income in the 2021 budget are oil exports, tax revenues, and removing the official dollar exchange rate of 42,000 rials. According to many Iranian economists, these sources of revenue would ultimately result in the regime having its hands deeper in people’s pockets. 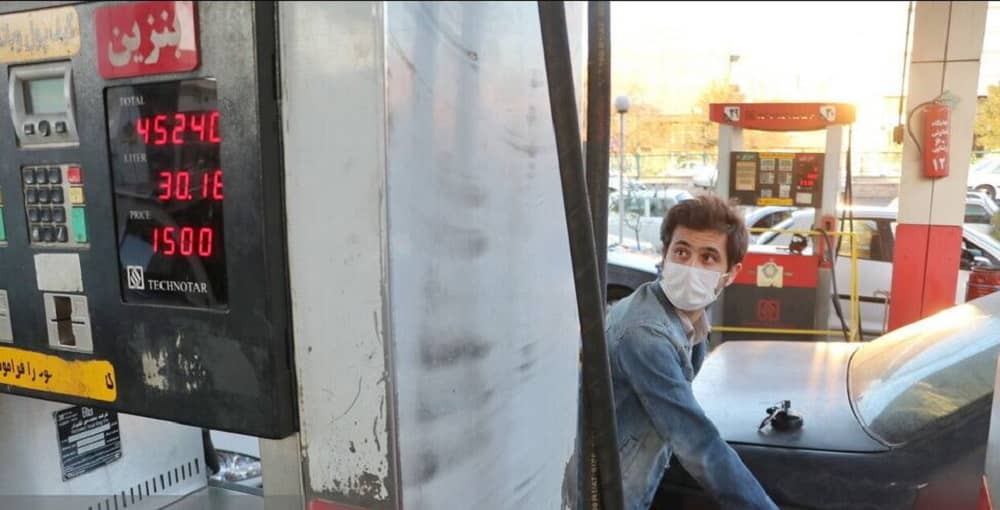 Raisi’s budget plan is based on 1.2 million BPD in oil exports at a price of $60 per barrel.

“Meanwhile, in the budget of 1400, the revenue from oil sales was predicted to be 3,410 trillion rials. The government had predicted that it would earn 1530 trillion rials from oil exports [which was not realized],” Tejarat news wrote. “But this revenue has increased by 106 percent this year. Meanwhile, the government could not sell more than 700,000 barrels of oil per day last year due to sanctions. But [Raisi’s] government has aimed to sell 1.2 BPD.”

It is worth noting that the oil market had a significant decline, and it fluctuated due to the Covid-19 pandemic.

“Therefore, the government’s tax revenues next year will increase by about 2,020 trillion rials compared to this year, which indicates a growth of nearly 62 percent,” IRNA adds.

According to the budget’s draft, Iranians with an income of 50 million rials should also be paying taxes. In its new budget plan, the regime has promised to raise the salary base by %10. This increase is irrelevant in comparison to the country’s rising inflation rate. According to Iran’s state-run media, the official inflation rate is about %50. Yet, by increasing people’s salaries, many Iranians would receive around 50 million rials, and therefore they should pay taxes.

“Imposing taxes on income over 50 million rials is included in next year’s budget while in October it was announced that the poverty line of a family of four has reached 100 million rials and more than half of Iranians are in absolute poverty,” wrote the state-run Mardom Salary in this regard on December 13. 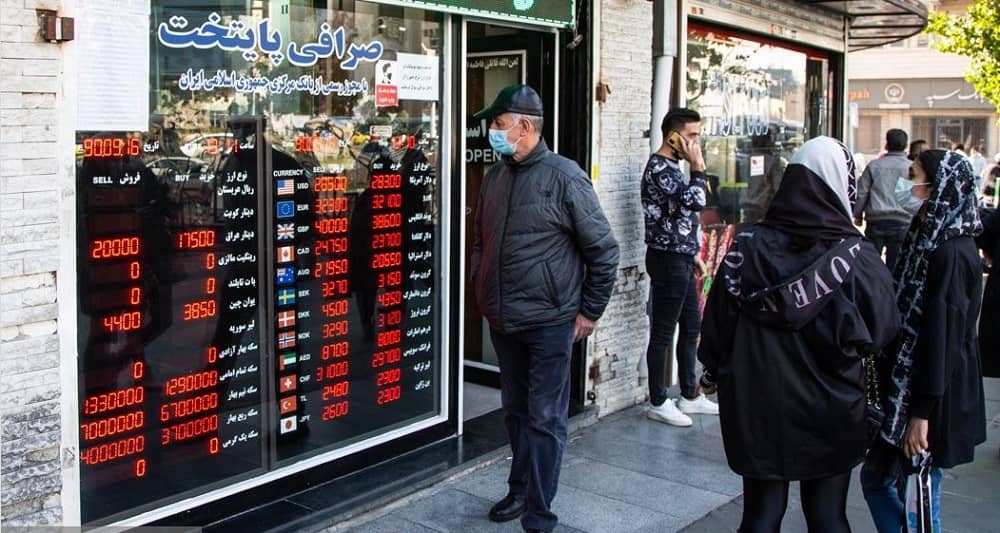 Removing the Official Exchange Rate, another source of income

In a profound study published in November 2021, the Iranian Resistance shed light on the economic consequences of eliminating the official exchange rate.

Based on this study, “During the last year of [Hassan] Rouhani’s administration, the regime intended to eliminate the official exchange rate of 42000 rials for $1. By doing so, Rouhani’s administration estimated that it could earn at least 600 trillion rials. Now, if Raisi suspends or removes the official exchange rate, his government would earn around $2 billion, with the current exchange at a free market rate of 280,000 rials for $1.”

“This would not solve Tehran’s problems, as it needs a considerable amount of money to pursue its malign activities. In recent years, the regime has been unable to fully pay its proxy terrorist groups in the Middle East. According to a 2020 U.S. State Department report, the Iranian regime pays $700 million annually to the Lebanese Hezbollah alone,” the study adds.

According to Hossain Raghfar, one of the regime’s economists, Raisi, in fact, intends to generate revenue by selling dollars at the free-market exchange rate. Raghfar considered this action “The main source of the government’s income” in 1401.

“The government intends to provide sources of income and compensate its budget deficit by selling foreign currency. The consequences of this approach for next year’s budget will be destructive and inflationary, and the budget deficit will increase,” he said.

“Sanctions were wrongly blamed for the country’s economic problems. Raghfar added, according to the state-run Setar-e Sobh on December 14. “If the parliament confirms this budget, we will experience the most unprecedented inflation in the country and deep social unrest.”

In June 2021, Khamenei pulled Raisi out of the ballot box to close ranks in his moribund regime. Raisi is a known criminal, dubbed as the “hanging judge,” and his cabinet members are mostly from IRGC top commanders and human rights, abusers.

Raisi’s 2022-2023 budget and the unprecedented increase of military budget convoys that Tehran will increase its domestic oppression and export of terrorism abroad. Allocating an astronomical budget to terrorist entities like the IRGC means the regime would not stop its malign activities.

Raisi’s plan to impose taxes on poor Iranians underlines that giving any concessions to the regime will not benefit people. Raisi has refused to address Iran’s severe environmental, economic, and social crises that seriously impact people’s lives.

World powers should indeed increase pressure on the regime instead of providing it with incentive packages.