The Ten Economic Burdens of Iran 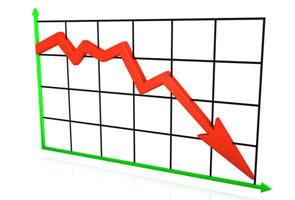 By: Mohammad Amin
The latest report issued by the International Monetary Fund (IMF) on April 5th, discusses at length the issues of economic stagnation, negative growth and the high uncertainty for a short- term recovery for the Iranian economy. The report emphasizes how the macroeconomic performance has stagnated since the last quarter of 2010 because of reforms on economic subsidies (Targeted Subsidy Reform).

Iran is a country rich in wealth and resources. Located in a prime geographical region, it has the second and third largest natural gas and oil reserves respectively in the world.

It is also home to an abundance of minerals and elements such as copper, iron,aluminum, lead, and zinc. According to official estimates, state revenues for Ahmadinejad’s last eight years in office totaled around $8000 billion. Despite its huge earnings, the Iranian economy has been in a freefall for the past two years.

How is this possible? Sanctions on oil purchases did not affect its trade with its bordering countries. Nor did it affect trade with industrial countries such as China, India, Brazil, Turkey, South Africa, and South Korea. So what is causing the decline?

There are intrinsic factors that are the cause of the decline of the Iranian economy. The mullahs continue to use oil revenue as a way to salvage and stabilize the troubling economy without truly addressing the problem. Oil wealth, which peaked in 2011 with $110 billion in revenue, allowed the mullahs to redistribute this wealth to underperforming markets, thus buying time.

But in June 2012 when oil revenues suddenly dropped to a quarter of their initial level, the foundation of the Iranian economy collapsed. Inflation rose to a record level of 50%, the value of the national currency lost 80% of its value, the unemployment rate climbed to 30% and economic growth fell below 5.6%.

The invisible hand plays a huge role in the Iranian economy. It is not however the one that Adam Smith spoke of in Wealth of the Nations, where the marketplace is regulated by the self interest of buyers & sellers. Rather, it is the invisible hand of a few (Khamenei in particular) whose self interest governs the economy. Unaccountable, unregulated but powerful; its impact is felt throughout all levels of society.
10 Devastating Burdens

Iranian lawmakers have an enormous influence on economic policies to ensure their political longevity. Yet, these policies are nothing but a financial drain to the economy. Here are the ten costliest economic burdens on Iran.

The Iranian Revolutionary Guards Corp (IRGC) which consists of 31 military divisions (one for each province and two for the capital) forms the backbone of this oppressive regime. With the added support of 300,000 basiji militias, affiliated with the IRGC, they have a controlling presence & supervision in the workplace, schools, universities, neighborhoods & rural environments.

The government budget for spending on security & military this fiscal year is $20.7 billion, which represents 23.3% of the state budget. It is divided as follows:

– The Ministry of Intelligence & other intelligence agencies: $ 1.2 billion .

– Financial assistance to pro government organizations and their families: $ 3.7 billion.

The cost of the nuclear program has been increasing at an exponential rate. There are several factors as to why this is:

– The cost covers the military component; the various sites and illicit activities related to it.

– The development of a secondary, parallel nuclear project, to be used as a substitute in case the original is destroyed by airstrikes or halted due to inspections

– Smuggling black market equipment and essential technology into the country

Interestingly enough, Rouhani’s budget for the Iranian Atomic Energy Agency totaled only $207 million. However, two American think tanks, The Carnegie Endowment for International Peace and the Federation of American Scientists, estimated in a joint report released in April 2013 the cost of just the military aspects of the Iranian program to be around $100 billion. Israeli sources estimate it at $170 billion ( France -Presse, November 12, 2013 Agency).

Because of the structural deficiencies of the armed forces of the Islamic Republic (unmotivated staff & a fleet of fighter jets that have not been renewed since the fall of the Shah in 1979) the development of ballistic missiles plays a major role in the military strategy of the regime. Iran currently has the largest and most diverse ballistic program in the Middle East. From short range ( Shahab -1, Shahab -2 , Fateh -110 , Naze’âte ), medium range ( Shahab -3 , Fajr- 3 Ghadr , Sejill -2 ), anti-ship ( Tondar , Khalij Fars ) to torpedoes ( Nour, Kossar , Raad ), Iran is in no short supply of missiles.

The technology & blueprints used for the production of these missiles has been supplied by the North Korean government. In 2009, the IRGC signed an $11 billion contract for intercontinental missiles with the North Koreans. In addition to this, the regime supplies both Hamas & Hezbollah with an expensive arsenal of Fajr missiles.

The Iranian regime has an influential financial and political presence in the Middle east, yet running a huge cost in doing so. The war in Syria is a testament to that. The IRGC has played a central role in the prolongation of Assad’s oppressive regime. However, to date it has been the regime’s most expensive endeavor.

La Libération reported on August 27, 2013: “Iran has spent more than $ 17 billion on the war in Syria.” Other sources have estimated the Iranian military effort, at the height of the war in Syria, at about $1.5 billion per month.

These expenditures coupled with an estimated $1.3 billion in aid to Hamas per year (Agence France -Presse , November 12, 2013 ) and around $1 billion to Hezbollah for the past 30 (BBC, 8 October 2013), becomes a staggering amount. Not to mention the overhead costs associated with operations in Afghanistan, Bahrain and Yemen by the Qods force.

Pasdaran, a government-owned corporation, controls an essential part of the Iranian economy without being subject to tax laws. They have a monopoly over a diverse range of markets taking in huge revenues in the oil, gas, petrochemical and telecommunication industries. According to analysts, Pasdaran is one of the largest cartels in the world and controls over 50% of imports & a third of Iranian exports.

With its dominating market power, Pasdaran has succeeded in squeezing out most competitors in the private sector. The Iranian Vice President, Eshagh Jahanguiri explained how “most corporations are [now] controlled by semi-governmental organizations (i.e. Pasdaran), leaving only 17% in the hands of private investors” (the Iranian media, November 6, 2013)–thus creating an unequal distribution of income which has destabilized the economy of the private sector.

Having quasi-divine authority has it perks, especially when the Iranian constitution allows you to operate an economic enterprise without government regulation or taxation. This economic autonomy has given the Supreme Leader a controlling stake in Iranian assets and the ability to monopolize large parts of the economy.

However, (much like the Pasdran) there is no profit sharing let alone redistribution of wealth within the Iranian economy.

Rather, profits are used to propagate Islamic fundamentalism and Iranian expansionist policies throughout the Middle East. In a report published by Reuters last November, the capital valuation of one of the enterprises controlled by Khamenei, the “Setad Ejra’i Farman Imam” was valued at more than $ 95 billion.

A majority of these institutions are involved in promoting propaganda or using their resources to spy (and control) individuals within the country. There are at least 61 different institutions listed in Table 17 of the Finance Act of the current fiscal year.

These institutions promote a hard-line religious doctrine as they are funded by various Islamic organizations (all of which are affiliated to the regime). The Supreme Council of Theological Studies, The Theological School of Qom, The Coordinating Council of the Islamic Information & The Organization of the Islamic Propaganda, all of which are based in Qom. The budget of these institutions totals $500 million per fiscal year.

Government embezzlement & bribery is an ongoing problem in Iran, costing the system billions of dollars in lost revenue each year. This financial bleeding limits the allocation of resources to aid in the development of domestic production.

In the past three years there have been multiple cases of fraud ($3 billion Saderat Bank), Ponzi schemes (State Insurance) and bribery (more than 200 Iranian MPs) which has crippled the already struggling economy.

To attract support in the international scene (particularly with its nuclear program), the regime finances emerging markets with lucrative short term deals. It has so far invested in countries such as; Pakistan ($ 330 million), Sri Lanka ($ 1.9 billion), Lebanon ($ 125 million), Bolivia ($ 1 billion) , Afghanistan ($ 100 million), Ecuador ($ 40 million) & Nicaragua ($ 350 million). All of whom have been supportive of the regime.

Since the 2009 revolts, the regime has been implementing various, misguided monetary policies to subdue the restless population. By providing citizens with universal cash transfers, they sought to change the economic well-being of individuals and increase spending. More than 70 million (out of 77 million) have accepted payments from the regime. Yet, this injection of financial liquidity devalued the currency and increased inflation creating more problems, and more discontent in the process.
Conclusion

The objective of presenting these burdens was not only to illustrate the irreparable economic situation but also, the futility of investing in its future. The regime is unable to adopt sound economic policies without jeopardizing its own political and financial interests.

While Ali Khameini and the Pasdaran control a majority of the institutions in place, reforms are rudimentary at best. What is needed is a reexamination of the system. The idea of accountability and transparency are mandates that need to be implemented (by Rouhani) to begin the reconstruction of this unbalanced economy.

Yet, a conflict of interest arises, as he has to confront the very people that run the economy and dictate who governs the country. He doesn’t have the power (nor willingness) to do this. Thus in some regards, his fate is already sealed.

It will be no different than Ali Khatami, who after eight years in office stated that “I was not a president, but an administrator of the system.” Thus, like his “moderate” predecessor, he will be nothing more than a good serving steward for the very people that are the root of this economic problem.