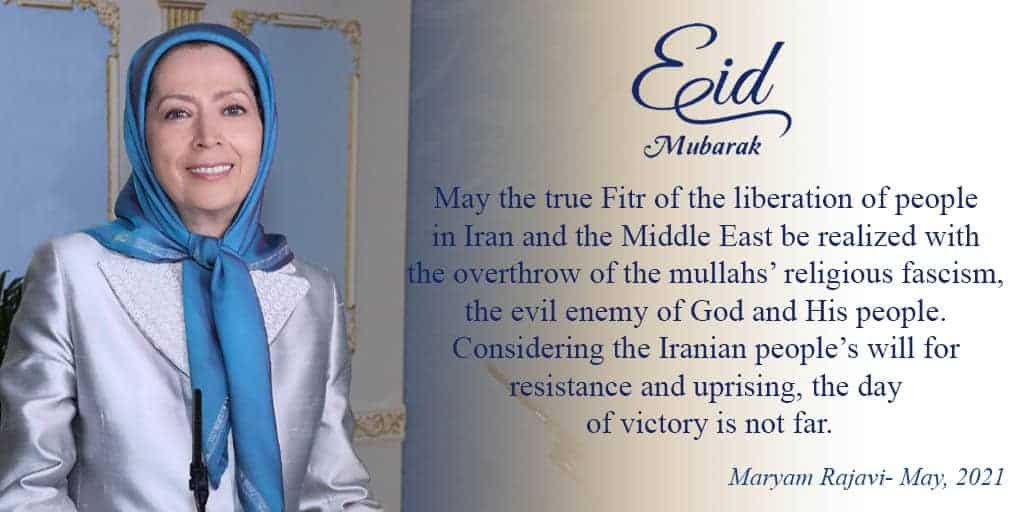 Maryam Rajavi: I congratulate the Eid Al Fitr to the people of Iran and all Muslims the world over.
May the true Fitr of the liberation of people in Iran and the Middle East be realized with the overthrow of the mullah’s religious fascism, the evil enemy of God and His people.
Considering the Iranian people’s will for resistance and uprising, the day of victory is not far.

I congratulate the #EidAlFitr to the people of #Iran and all Muslims the world over. #EidMubarak pic.twitter.com/X8Cnb3dmp1