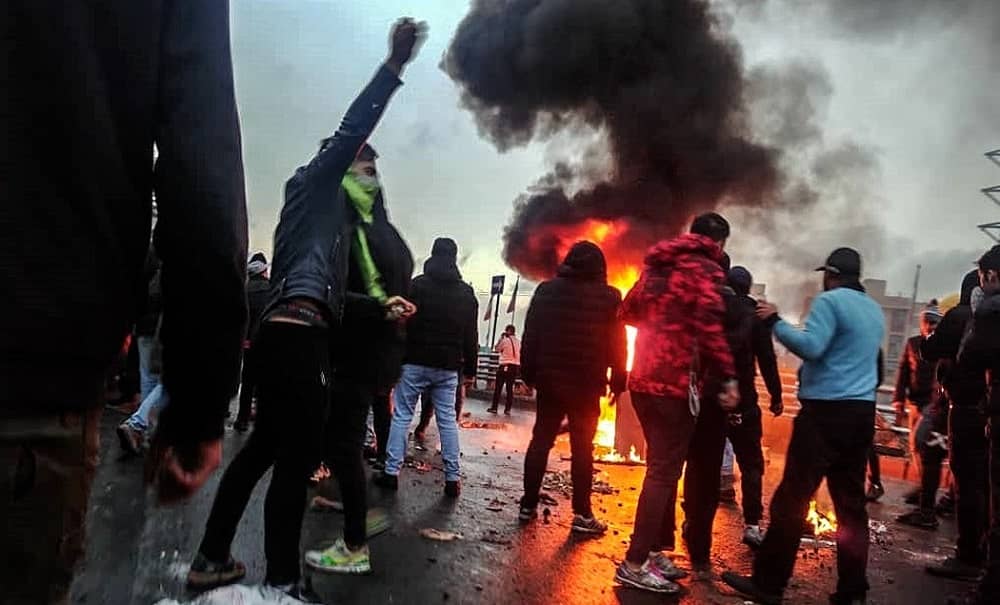 Imam Hussain University, affiliated with the Revolutionary Guards (IRGC), published an assessment of the November 2019 uprising, which spread to 200 cities with lightning speed in reaction to the tripling of fuel prices and shook the regime to its foundations.

This assessment underscores the significance of the 2019 uprising as a turning point in the face-off between the Iranian people and the regime.

This study underlines that those protests were “organized,” and that the protesters were not a spontaneous expression of outrage nor indiscriminate vandalizing of shops or public locations.

“The Enemy’s Tactics in Creating Urban Riots,” acknowledges that people expressed their disdain toward the ruling theocracy by targeting the regime’s centers of oppression and plunder.

The report highlights that “Poor people and a part of the middle class who had become poor, mostly youth who did not foresee a clear economic, social and political future for themselves,” participated in November protests.

The report also acknowledges that the nature of these protests differed significantly from protests in the 1990s and 2000s in that they resembled the protests in the 1980s that were organized by the principal Iranian opposition movement, the Mujahedin-e Khalq (MEK).

The report also underlines that the November 2019 uprising’s “nationwide character and anti-government nature” made it distinct from the 1999 and 2009 protests.

While this report sheds light on the regime’s paranoia over the explosive state of Iranian society, it distorts the ruthless manner in which the security forces cracked down on the protest and deliberately ignores Supreme Leader Ali Khamenei’s directive to open fire on the innocent protesters.

The following are some excerpts of this report.

The IRGC’s latest report once again highlighted that major Iran protests in 2019 were a turning point and had a significant impact on the regime’s standing both domestically and internationally. The November 2019 uprising laid bare the regime’s vulnerability and illegitimacy in Iran, explaining why Tehran had to resort to stepped-up intransigent policies regarding its nuclear and missile program.

The IRGC’s report also acknowledges that the protests were highly organized, and protesters only targeted the regime’s centers of oppression and plunder.

This report reconfirms that unlike what Tehran’s apologists have tried to imply for years, Iranians do not believe in reform, have rejected the regime’s factions, and see regime change as the only viable option to the current economic and social crises.

The report lays bare the fragile and vulnerable state of the regime vis-a-vis an increasingly restive society. Against this backdrop, Western governments should refrain from providing  Iran’s moribund regime with any lifeline. Including the easing of the sanctions. On the contrary, they should stand with the Iranian people as they stand for liberty.