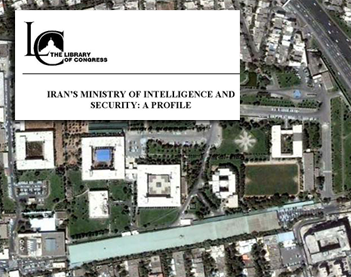 A new tactic of Iran’s Ministry of Intelligence and Security (MOIS) to confront the impact of the People’s Mojahedin Organization in Iran (PMOI/MEK):  Staging exhibitions against the organization across Iran

NCRI – Over the past two years, in order to tackle PMOI’s popularity and specifically to prevent the youth from being attracted to them, the mullahs’ Ministry of Intelligence and Security has resorted to holding widespread exhibitions across the country.  According to the organizers, these exhibitions were held with “the aim of familiarizing the younger generation and especially the students with the crimes of the hypocrites (MEK)”.

According to the information contained in the mullahs’ press and media, part of these activities included organizing 120 exhibitions between April 2010 and December 2012.  Some of these exhibitions were held for a day and some even lasted up to four days.

The volume and frequency of these exhibitions, particularly in the years 2011 and 2012, were accelerated, and specifically nearly 100 of them have been held during the past two years.

According to this survey, these exhibitions have been held in at least 36 cities across Iran over this period.  Several exhibitions and cultural programs targeting the PMOI were also held outside Tehran, in many larger cities including Mashhad and Tabriz, over this period.

Although most of these exhibitions were held at universities and high schools, some were staged in government offices, mosques, seminaries and even military barracks.

While in past years the regime’s policy had been silence regarding the PMOI, the mullah’s have recently set aside this tactic and begun actively pursuing a campaign of demonization against them inside Iran.

A report prepared in December by the Library of Congress and the Pentagon says that the Iranian regime considers the PMOI ”to be the organization that most threatens the Islamic Republic of Iran”.

Previous articleEP report on Iraq: Al-Maliki may either give in to protestors demand or resign
Next articleIran: Two prisoners hanged in public in Tehran