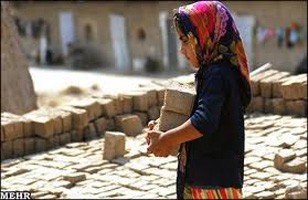 Iran-The shocking statistics emerged during an interview with an education analyst which was reported by the state-run ISNA news agency.

The expert said only 11.6million out of the 14.7 million children in Iran have registered for school this year – 22 per cent – according to a census of children under the age of 18 have not registered.

And of the 3.1 million children who are not attending school, around half are believed to be doing enforced labour. The expert did not mention anything about the remaining half, who are indeed the children living in the streets, known as the Street Children.

Baroness Gibson of Market Rasen, a Labour member of Britain’s House of Lords, wrote in The Middle East Times in 2008:  “Another major issue that needs much greater publicizing is the horrendous number of street children in Iran.

“In such an oil rich state, it is truly shocking that so many children in Iran live in the gutters of Iran’s cities, without the food or shelter needed to even live the most basic of lives.

“This in conjunction with Iran still executing individuals under the age of 18 leaves the children of Iran living a hard-hitting and dangerous life.”