Amnesty International: Brutality at Evin Prison must be investigated 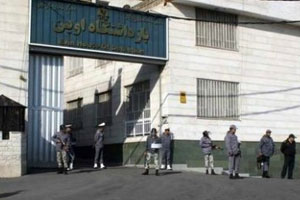 NCRI – “Political prisoners and prisoners of conscience at Section 350 of Iran’s Evin prison were subjected to assault, beatings and other ill-treatment, with some of those injured denied access to adequate medical care,” according to a new briefing published by Amnesty International about the events of 17 April.

The briefing  tells how dozens of prisoners were met with unwarranted use of force by security officials after they demanded to be present during a monthly search of their cells.
Prisoners were blindfolded and handcuffed before being shoved through a ‘tunnel’ formed of security officials carrying batons, who repeatedly struck them on their backs, heads and faces.

“Security officials responded with an appalling level of brutality to the protest at Evin prison, beating prisoners, dragging them along the floor and verbally insulting them. Subjecting prisoners to such ill-treatment is a gross abuse of a prison official’s power,” said Said Boumedouha, Deputy Director of Amnesty International’s Middle East and North Africa Programme.

Previous articleMore on Rouhani ‘s role in suppression of freedom in Iran revealed
Next articleCanada: Human rights abuses have worsened in Iran under Hassan Rouhani