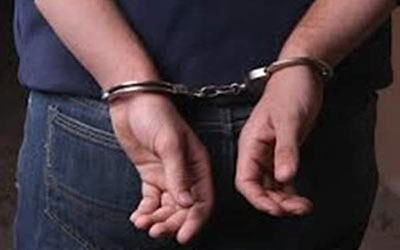 NCRI – The mullahs’ regime on Thursday arrested more than 70 young men and women for taking part in a mixed-gender party at a restaurant in Tehran, the Iranian regime’s state media reported on Friday.

The youths were arrested by the regime’s police during a raid on a restaurant in the Iranian capital’s northern Farahzad district, the state-run ILNA news agency reported.

The state-run Shahrvand daily wrote on June 2 that 23 men and 39 women, who were caught dancing and partying, were arrested in the raid which was carried out on Sunday, May 29.

Similar raids have been carried out in Iran in recent days.

More than two dozen young Iranian men and women were arrested last weekend by the mullahs’ regime for participating in a mixed-gender party in Mashhad, north-east Iran.

The 29 youngsters were rounded up by the regime’s police at a party on the evening of May 28 at a villa near the Danesh Junction in Mashhad.

The state-run Rokna news agency reported that altogether 15 young men and 14 young women were arrested at the party and were taken to the regime’s court in District 6 of Mashhad on Sunday to face prosecution.

Some 35 young men and women were flogged last week for taking part in a mixed-gender party after their graduation ceremony near Qazvin, some 140 kilometers northwest of the Iranian capital Tehran, the regime’s Prosecutor in the city said on May 26.

He warned the youths that they should be careful about their conduct “since being arrested in mixed-gender parties and receiving sentences is a crime and would create problems for their future education and employment.”

The head of the fundamentalist Basij in Nishapur precinct, Ali-Akbar Hosseini, announced that his forces were alerted to a so-called “obscene party” in the city. During the raid, 14 boys and 14 girls were arrested and transferred to a local police station.

A second party was raided on May 20, leading to the arrest of over 40 participants, Hosseini told the state-run Fars news agency on May 21.

Previous articleTwo arrested for publishing caricatures of Iranian regime officials
Next articleIran: Oppressive measures intensified out of fear for expansion of social protests on pretext of Ramadan