Another Political Prisoner in Iran Is Unfairly Handed a Death Sentence 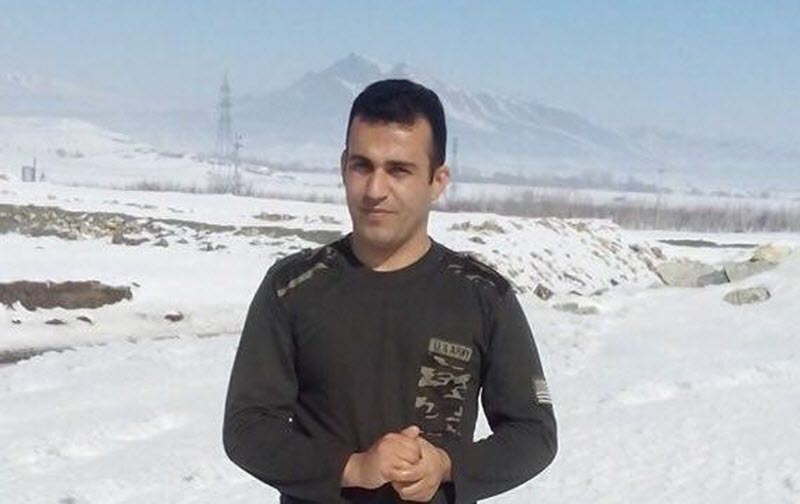 NCRI – A 24-year-old Kurdish citizen who is currently in prison has had the death sentence he was handed upheld by Iran’s Supreme Court. The political prisoner, Ramin Hossein Panahi from Iran’s Kurdish minority, has been on hunger strike since the end of January when he first learned of his charge.

Panahi was imprisoned and subsequently given a death sentence for being a member of Komala, an armed Kurdish opposition group. He has been given a hugely unfair trial that did not even last an hour. He was tortured in prison, as evident through marks of violence on his body, and the court failed to investigate.

He was arrested in June last year after being injured in an ambush carried out by the Islamic Revolutionary Guards Corps (IRGC) against the Iranian Kurdistan Komala Party. The party, an armed separatist organisation, has been outlawed by Iran.
Panahi who was allegedly unarmed was the only survivor of the attack. Three others – Behzad Nouri, Hamed Seif Panahi and Sabbah Hossein Panahi – died after sustaining insurmountable injuries in the ambush.

Panahi’s lawyer said that his client’s charge was “taking up arms against the state” and he was targeted because he was a member of Komala. Hossein Ahmadi Niaz said that there was no evidence to indicate that his client was involved in any acts that involved intentional killing – the threshold for imposing the death sentence according to international law. The lawyer emphasises that Panahi has not taken up arms against the regime.

With regards to the torture that his client has been subjected to during detainment, Ahmadi Niaz said that the court should have investigated such claims, especially before upholding Panahi’s death sentence.

The lawyer is adamant that his client was victim to a trap set up by the notorious IRGC. When the vehicle Panahi was travelling in entered Iran from Iraq, it was put under surveillance and then ambushed with gunfire when it entered Sanandaj.

Furthermore, Panahi was only permitted to meet with his lawyer once, very briefly. There were intelligence agents present during the meeting. This in itself is a violation of the law where the detainee should be allowed to speak to their lawyer in private.

It is unacceptable that anyone in Iran is subjected to such an abuse of the law. Courts are in place so that everyone can receive a fair trial with independent and impartial officials. However, this is not the case in Iran where the ruling authority has the courts under its power. It cannot be accepted by the international community that people are sentenced for death when there is not a single shred of evidence to say that a detainee is guilty of the charges against them.

There are political prisoners put on death row routinely and systematically in the Islamic Republic. Panahi is just one more victim of the ruling system that is desperate to quash all opposition at any cost. The Kurdish community has been particularly targeted as has many other minorities.