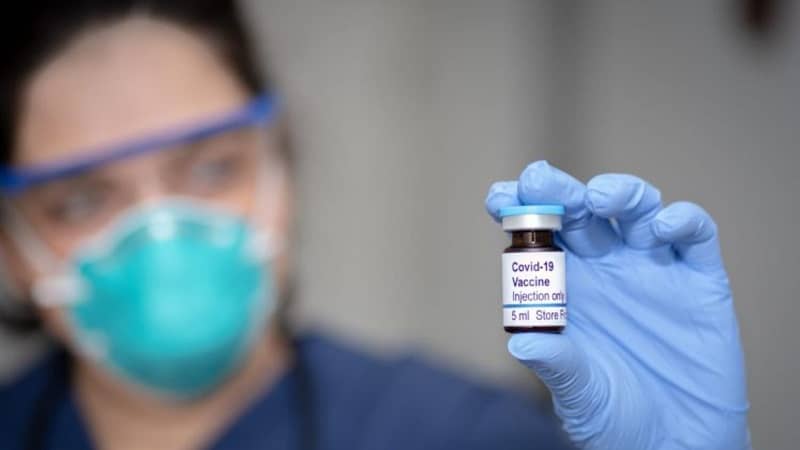 Due to the Iranian regime’s ongoing inhumane coronavirus policy, the Covid-19 death toll continues to rise across Iran. Unlike other people around the world, Iranians are about to experience the fourth wave of the pandemic, while “there is no news of a vaccine in our country,” wrote state-run Jahan-e Sanat daily on Tuesday.

Reports by the People’s Mojahedin Organization of Iran (PMOI/MEK) as of Thursday indicate the Covid-19 death toll has surpassed 204,000 across Iran.

While other governments are mobilizing their efforts to procure credible vaccines, the Iranian regime’s Supreme Leader, Ali Khamenei, on January 8 banned the entry of internationally accredited vaccines from the United States and the United Kingdom.

Khamenei’s criminal decision was indeed an order to kill Iranians en masse. Khamenei’s remarks came at the peak of the regime’s deceptive measures for two weeks.

Parallel to the Covid-19 death toll, Iranians’ demand to have access to vaccines increased. In order to quell the restive society and continue using the virus and its death toll to prevent an uprising, the regime’s leaders started playing with people’s lives. They first blamed sanctions for not being able to import the vaccine. This claim was immediately rejected by COVAX, one of three pillars of the Access to Covid-19 Tools (ACT) Accelerator, which was launched last April by the World Health Organization (WHO).

Then, the regime claimed to have produced a domestic vaccine, which pharmacists in Iran called a “joke.”

When the regime failed in its quest to deceive the public, Khamenei explicitly banned the entry of credible vaccines. Then officials tried to defend Khamenei’s remarks, calling the credible vaccines produced in the US and UK “dangerous.”

Iranians took to social media, expressing their outrage. When Rouhani advertised the regime’s joint program with Cuba to produce vaccines, people rejected his claims, calling him “a liar,” adding, “After years of lies, how could we trust your vaccine?”

Simultaneous with their refusal to purchase vaccines, the authorities reopened schools and removed some limitations. The regime’s actions forced some of its officials to react.

Minoo Mohraz, a member of the regime’s National Covid-19 Task Force, on Tuesday said: “Has any vaccine arrived in Iran that officials reopen schools? People pay the price of the contradictory actions of authorities.”

The rising social hatred toward the regime’s inhuman policy forced the clerical regime to claim it will purchase vaccines. “We will purchase 16 million doses of vaccine from COVAX,” said Kianoosh Jahanpour, Head of the Information Center of the Ministry of Health, on Wednesday.

These claims of importing vaccines are meant to decrease the society’s restiveness. The regime continues its deceptiveness to drag its feet and continue using Covid-19 and its mass casualties as a barrier against another uprising.

In other words, these contradictory remarks are because the regime is facing an outraged society whose hatred for the whole system is too great. Any incident could spark a huge explosion, ending the regime’s ominous rule.

Previous articleIran: 33 Executions in Iran in the Past Month Alone
Next articleIranian Propaganda Operates Freely in the West, With Sources Both Overt and Subtle