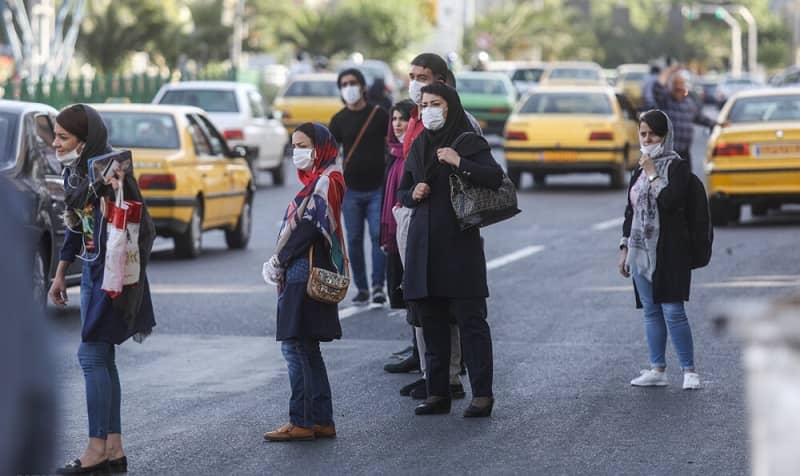 Earlier this month, Iran’s regime Supreme Leader Ali Khamenei announced that coronavirus vaccines would not be permitted to be imported from the US or Britain. The decision immediately led to the cancellation of American philanthropists’ plan to donate 150,000 doses to the Iranian Red Crescent. The long-term implications of the ban have yet to be determined, but by the Iranian regime’s own admission it pushes back the start of a widespread vaccination program at least until the summer. And even once that program goes into effect, there is no telling whether it will be effective, since Khamenei’s ban leaves the country to rely on untested alternatives from domestic manufacturers and other foreign markets.

In an effort to downplay the significance of this deliberate setback, Iranian authorities have resorted to a familiar pattern of lies regarding the severity of the public health crisis. Iran’s coronavirus outbreak is widely recognized as the worst in the Middle East, but in fact it is even worse than most foreign observers realize. The Iranian Health Ministry estimates the overall death toll at approximately 57,000, and this is the figure most often cited in international media. But independent sources like the People’s Mojahedin Organization of Iran (PMOI-MEK) have assessed hospital and morgue records, plus eyewitness statements, to determine that the true death toll has well exceeded 203,000. 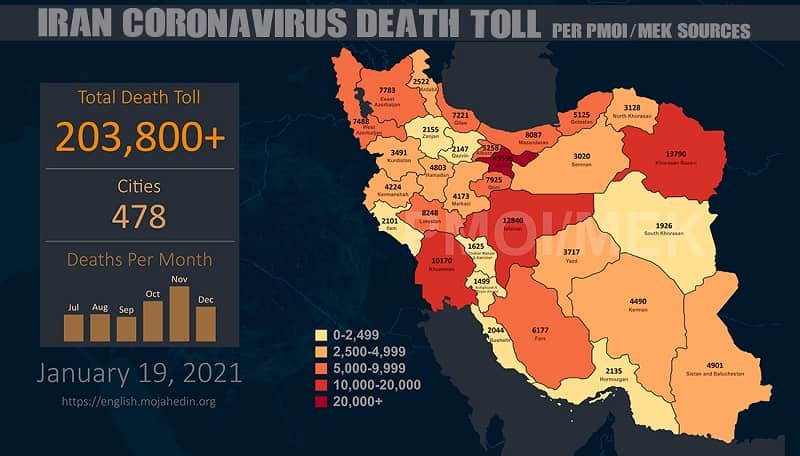 In its most recent reports, the MEK identified 500 incidences of Covid-19 infection turning fatal in a single day, while official government records acknowledged fewer than 100. This discrepancy indicates that in addition to being about four times more deadly than the official narrative would suggest, the Iranian coronavirus outbreak is also growing worse at a much faster rate than Tehran is willing to acknowledge. To the extent that authorities are acknowledging any deterioration in the situation at all, they are keen to blame the general population while simultaneously praising the government’s response.

In reality, though, that response has been very nearly nonexistent. Although powerful entities like the supreme leader’s office and the Islamic Revolutionary Guard Corps (IRGC) control hundreds of billions of dollars in financial assets, almost none of them have been made available for the nation’s coronavirus response. And with the Iranian people already suffering severe poverty before the pandemic even reached Iranian territory, most were quickly forced into situations where they had to accept the risk of infection in order to earn a living or adopt collective strategies for survival.

Iranian government officials apparently have no qualms about decrying these survival tactics as instances of citizens breaking the rules. The regime’s President Hassan Rouhani was recently quoted as saying, “Wherever people abided by the rules we were able to control the situation.” In other places, he added, the people have “suffered severely” as a result of disobedience. Such commentary serves a dual purpose in Iranian state propaganda: It allows the regime to absolve itself of responsibility for the suffering in question, and it reinforces the notion that social control takes precedence over all else.

In this sense, it is arguably to the regime’s benefit if Khamenei’s order prolongs the Iranian wing of the pandemic or creates yet another new wave of infections. Mass sickness and death provides an incomparable opportunity for authorities to insist upon strict obedience to social protocols, even those that pre-date the pandemic and are irrelevant to it. And the prospective expansion of control over the population comes at a vital time for government authorities. Only about a month before the first public acknowledgement of community spread in Iran, the country was rocked by mass protests across multiple provinces. These arguably constituted the third mass uprising in two years, with one having encompassed more than 100 cities and towns in January 2018 and another having taken place in November 2019 across nearly 200 localities.

The first of these uprisings prompted an unusual acknowledgment of vulnerability by the supreme leader, who delivered a speech at the height of the unrest in which he attributed the rapid organizing and anti-government slogans to Resistance Units led by the MEK. Ever since then, Khamenei and other leading officials have been warning about the potential for more of the same activities. And although the coronavirus pandemic has interrupted opportunities for mass public demonstrations, it has also given the Iranian people even more grounds for long-term outrage against repressive authorities.

That outrage is bound to pour into the streets once again as soon as the public health crisis has abated, unless Tehran effectively bolsters the response from institutions like the IRGC. Fortunately, Khamenei undermined his own regime’s own strategy for doing so when he announced the ban on imported vaccines. While this may help to keep the public subdued for a while longer, it will also most likely make the international community less susceptible to appeals for sanctions relief, which if granted would have given the regime ample opportunity to dump more resources into the repression of dissent.

From the start of the pandemic until the date of Khamenei’s announcement, Tehran has attempted to argue that US-led sanctions were a major obstacle to resolution of the public health crisis. Those sanctions, the regime insisted, would make it difficult for Iran to purchase vaccines from foreign manufacturers. But as soon as those vaccines actually became available and this lie was on the verge of being exposed, the supreme leader changed tack by promoting a series of wild conspiracy theories in hopes of distracting from the sanctions’ irrelevance to matters concerning medicine and other humanitarian goods.

Given the growing availability of independent and foreign news outlets, even in the face of Iran’s tight controls on media and the internet, there is a limit to how much well this distraction can work inside Iran. But in any event, it shouldn’t work on the international community at all. There would be no excuse for Western powers overlooking the contradiction between Tehran’s earlier appeals for sanctions relief and Khamenei’s new insistence upon self-sanctioning where coronavirus vaccines are concerned.

In fact, his ban on those vaccines should promptly result in an increase rather than a reduction of foreign pressure. The international community ought to recognize the falsity of the earlier appeals as well as the regime’s complete abdication of its responsibility for the health and wellbeing of its people. And the US and its allies ought to respond to that awareness by more heavily sanctioning the regime’s leadership and isolating its envoys diplomatically. Only by those means can the international community hope to compel Tehran into granting its people access to resources that could save their lives and reduce their suffering much more quickly.

Of course, Tehran may not succumb to that pressure before the regime moves forward with its plans to use unproven and potentially ineffective vaccine alternatives. But as long as Western powers clearly broadcast the intentions of their newly applied pressure, at least the Iranian people will come away from the current crisis with an understanding that the international community didn’t stand back or side with Tehran deliberately mismanaging the pandemic and massacring the people. And when the effects of that mismanagement inevitably fuel a new uprising, at least the Iranians will recognize that they have supporters abroad who care for their wellbeing more than their economic interests in engaging with the criminal regime.

Previous articleIran News in Brief – January 20, 2021
Next articleIran’s Regime Agent Arrested in the US for Secretly Lobbying for the Iranian Regime