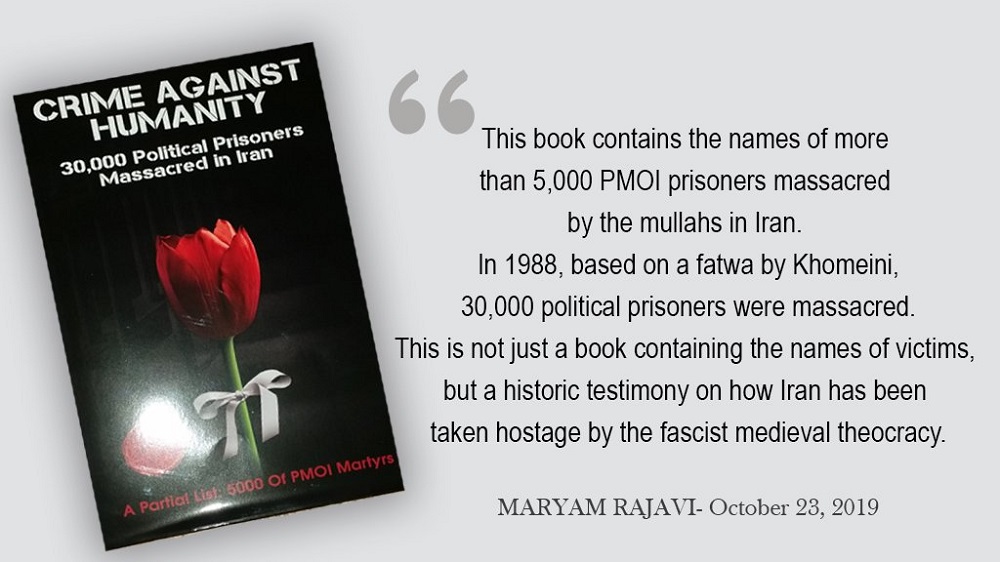 A new book “Crime Against Humanity” by , and for all the oppression inflicted on the people of is a nationalist commitment. It is our commitment and our steadfast resolve to achieve freedom. It is a staunch pledge to overthrow the mullahs’ theocratic regime. of 30K political prisoners in (mainly activists) was held next to the National Assembly in . The largest massacre of this kind since WWII.