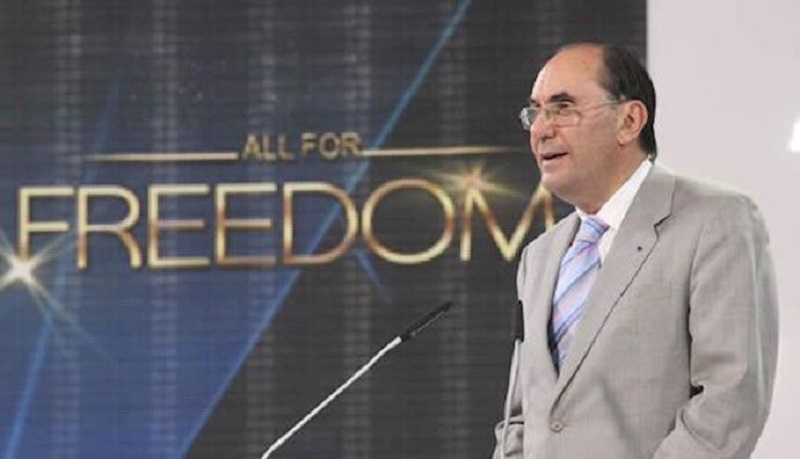 By Regime’s Deadline Approaches
Iran issued a 60-day deadline earlier this year to the three European signatories of the Joint Comprehensive Plan of Action () and to China and Russia. It announced that they wanted these countries to come up… Regime’s Economic Situation Dire, One Year on From US JCPOA Withdrawalhttps://t.co/UHAX3mHsYT pic.twitter.com/QZYOV3jjpb

‘Fighting for something bigger’

Rouhani has said that we have been fighting the world for 40 years. It’s a matter of interacting or not. He clearly meant that the regime was in a strategic stalemate and that the stalemate had to be lifted to address issues such as the JCPOA. But the reality is that the regime as a whole is in a deadlock, a strategic deadlock!

Responding to the French Foreign Minister’s remarks, the Resalat daily on October 17 wrote: “Making a distinction between the United States and France is a strategic mistake. To corroborate the issue, the emphasis of Macron on the need to negotiate on the missile activities of the regime, the proposal to impose limitless restrictions on the JCPOA by the French authorities and, finally, the wasting of time for the French to provide a specific EU financial mechanism, can be mentioned.” The newspaper added: “Although the document does not explicitly refer to Iran’s ballistic missile program, French officials say the perception of all sides regarding the regional role of Tehran was that missile issues would be part of the negotiations.”

Not only the JCPOA is a respiratory gateway for the ruling theocracy, but it is also tied to the political life of Rouhani. He says, with the JCPOA, I bought critical time for the survival of the regime.

A few months before the signing of the deal, on May 5, 2015, Iranian democratic opposition leader Maryam Rajavi said: “Tehran’s nuclear projects are absolutely antipatriotic, and the people of Iran strongly oppose them. In diametric opposition to the regime, we seek a democratic and non-nuclear Iran. Acquiring the nuclear bomb, violation of human rights, export of fundamentalism and terrorism are four pillars of Iran’s ruling theocracy. The situation of human rights in Iran, as well as the expulsion of the mullahs from Iraq, Syria, Lebanon, Yemen and Afghanistan are the proper gauges indicating whether this regime has given up on nuclear bomb. Anything less, under whatever pretext, is a deceit tantamount to capitulating to the catastrophe of nuclear-armed mullahs… According to the Iranian Resistance’s experience, Tehran mullahs understand only the language of force and firmness. The time has come for major powers to stop appeasing and giving concessions to this bloodletting religious tyranny, the central banker of terrorism and the world’s top perpetrator of the death penalty. Instead, they should recognize the Iranian people’s right for resistance and freedom.”

The regime clearly cannot afford to accept European and American conditions for giving up its “strategic depth” and limit the development of its ballistic missiles because then the religious dictatorship that relies on exporting terrorism and fundamentalism will lose its base. And this is the strategic impasse of the regime. Khamenei’s double defeat in the nuclear project and in the collapse of the JCPOA represents an irreversible strategic failure.

Alejo Vidal-Quadras, a Spanish professor of atomic and nuclear physics, was vice-president of the European Parliament from 1999 to 2014. He is President of the International Committee In Search of Justice (ISJ)