Dozens arrested in swoops on mixed-gender parties in Iran 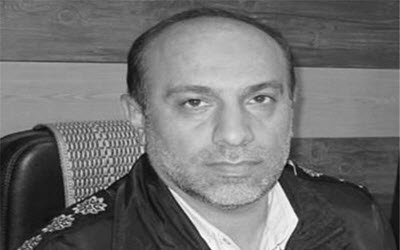 NCRI – Iran’s fundamentalist regime has arrested dozens of youths in a string of raids on mixed-gender parties this week.

In Shiraz, southern Iran, 63 young men and women were arrested in two separate swoops on parties that were deemed “unlawful” by the mullahs’ fundamentalist standards.

“After receiving reports about two parties held in the middle of the night in north-east Shiraz, a joint operation was carried out by the police and another security agency and 63 half-naked boys and girls were arrested,” Colonel Yousef Malek-Zadeh, commander of the regime’s State Security Forces (police) in Shiraz said on Friday, August 19. His remarks were carried on Friday by the Tasnim news agency, affiliated to the regime’s Revolutionary Guards (IRGC) Quds Force.

Malek-Zadeh added: “In these two mixed-gender parties that took place last night, boys and girls had gathered together under the guise of a birthday celebration. With the arrival of the police, all of them were arrested and sent before the judiciary.”

“Given the attraction of the gardens in the vicinity of Shiraz, the police have tried to fully monitor all the venues and gardens in this region. Police deputies and commanders stringently monitor these venues through snap inspections,” he said. “With the arrival of summer, police monitoring of these venues has been stepped up.”

Separately the regime’s prosecutor-general in Amol, northern Iran, announced on Friday that 20 university students were arrested for attending a mixed-gender party.

Ali Talebi said: “These individuals were arrested at 11pm last night in a residential property in Hezar Street.”

“Following their arrest these individuals were handed over to the local judiciary for prosecution,” he said. His remarks were carried on Friday by the state-run Entekhab website.

“We will deal with anyone in this city who disturbs public order,” he added.

On Tuesday, August 16, state-media reported the arrest of more than 60 boys and girls for attending a mixed-gender party in a park near the capital Tehran.

The arrests took place during a raid on the party which was held in Tehran’s Sorkheh Hesar National Park, east of Tehran, the Fars news agency, affiliated to the IRGC, reported on Tuesday, August 16. The raid was carried out by the IRGC’s para-military Bassij force with a warrant from the regime’s Judiciary signed by Tehran’s deputy prosecutor.

The youngsters were caught dancing and partying, and the state-media report claimed that the young women had violated the regime’s so-called Islamic dress code.

The report added that the prime suspect behind the “unlawful” party was an individual, identified only as Fariborz G., who had organized the event via social media on the internet.

Commenting on the recent spate of arrests, Shahin Gobadi of the Foreign Affairs Committee of the National Council of Resistance of Iran (NCRI) said:

Last month, the regime arrested 150 boys and girls for attending a mixed-gender birthday party near the capital Tehran.

Khancherli told the Tasnim news agency, affiliated to the regime’s terrorist IRGC Quds Force, on July 25: “After we obtained a report about a mixed-gender party in a garden in the vicinity of Islamshahr in the west of Tehran Province, an operation was carried out by the police and another organization, leading to the arrest of dozens of boys and girls.”

This followed news days earlier that more than 50 young Iranians were arrested by the regime’s suppressive state security forces at a party near Tehran.

The Tasnim news agency reported on July 22 the arrest of more than 50 young men and women at a party in the town of Davamand, east of Tehran.

Similar raids have been carried out on mixed-gender parties across Iran in recent months.

Previous articleIran: Mass executions on the anniversary of massacre of political prisoners
Next article‘Increase in number of women living on Iran’s streets is due to unemployment and lack of job security’