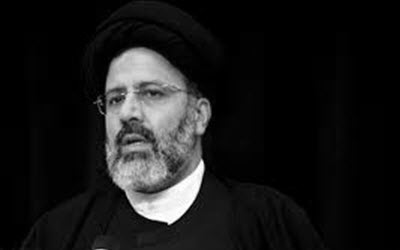 NCRI – Ahmad Montazeri, son of Hossein-Ali Montazeri, Khomeini’s former heir (who revealed a shocking audio tape On August 9, 2016 in which Montazeri can be heard telling a meeting of members of the “Death Committee” 28 years ago (August 15, 1988) that they are carrying out a crime against humanity), has regarded the presidential candidacy of Ebrahim Raisi, member of the same Death Committee involved in the 1988 massacre of political prisoners, as a ‘joke’ and ‘an insult to Iranian people’.

Interviewed on Thursday April 9, Montazeri referred to Raisi’s ‘direct and undeniable involvement’ in the 1988 massacre of political prisoners as ‘too important an issue’, saying “if one of the candidates has attacked someone with a knife, he won’t succeed to get his clearance from relevant authorities. Regarding Raisi’s case, it’s quite clear what he’s been involved in.”

As a former judicial authority, Raisi served as Deputy Prosecutor in the committee responsible for the 1988 executions, with his role being mentioned in the above mentioned Hossein-Ali Montazeri’s audio file, released last year by his son Ahmad Montazeri.

The judicial authorities present at the meeting with Hossein-Ali Montazeri are introduced as the then Sharia Court Judge ‘Hossein-Ali Nayeri’, the then Tehran Prosecutor ‘Morteza Eshraghi’, and the then representative of Ministry of Intelligence and current Minister of Justice in Rouhani’s government ‘Mostafa Poor-Mohammadi’.

In the audio file, Hossein-Ali Montazeri addresses the then judicial authorities, describing the executions carried out in summer 1988 as the ‘Islamic Republic’s biggest crime’, saying that history will condemn us for such crime.

Ebrahim Raisi is also the prosecutor of the so-called Special Clerical Court, the same court that sentenced Ahmad Montazeri to 21 years in jail, six years of which was later approved, for releasing his father’s audio file.

On the possibility of releasing even more audio files of Hossein-Ali Montazeri, Ahmad Montazeri said “remaining files will be released when the situation is favorable and there’s enough tolerance among authorities. For now, a significant amount of clarification has been made.”

In a statement released on Sunday April 8, Ebrahim Raisi had announced his candidacy for regime’s president.

Previous articleComment by Shahin Gobadi, on the Amnesty International’s Report on Human Rights Situation in Iran
Next articleIran: Escalation of Protests by Workers and Employees in Different Cities