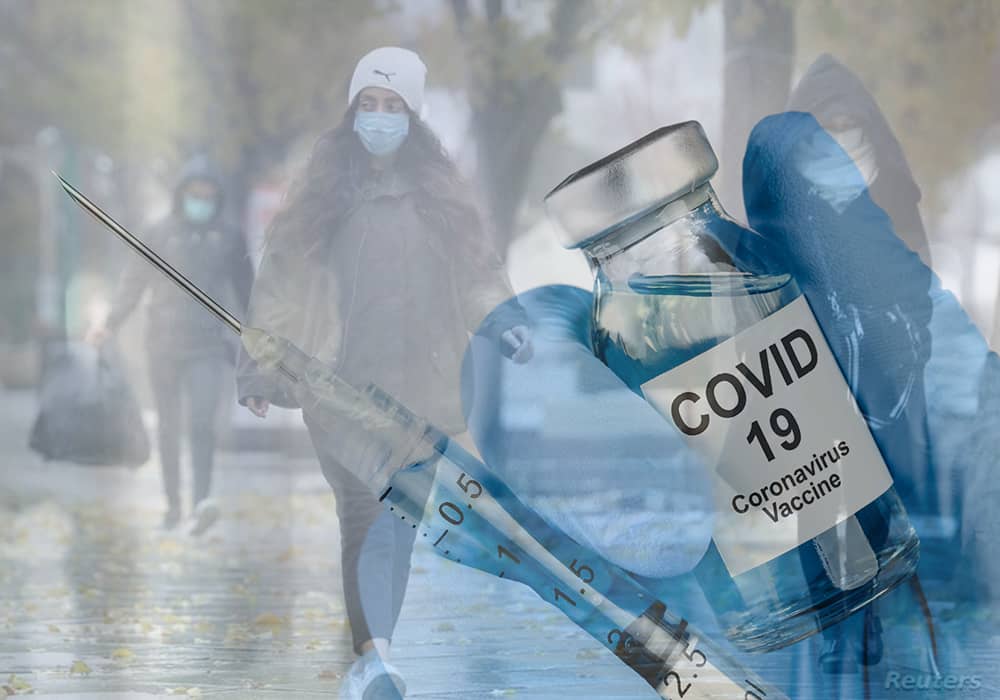 Iran’s Covid-19 outbreak continues to worsen, with regime authorities reporting on Monday that the number of cases had increased by more than 40,000 in 24 hours. During that same period, 588 Covid-19 patients were reported to have died, bringing the regime’s engineered overall death toll to 94,603. Although the latest statistics from the Iranian Health Ministry suggest that a new infection occurs every two seconds in the country with a death every two minutes, thus it is still downplaying the true severity of the crisis.

The National Council of Resistance of Iran has been carefully tracking Covid-19 infection rates and fatalities in Iran since the pandemic began. Toward that end, it has drawn upon hospital records, leaked government documents, and eyewitness statements, all of which were largely obtained by an extensive intelligence network affiliated with the People’s Mojahedin Organization of Iran. According to the MEK’s latest report on Thursday, there had been over 358,900 Covid-19 deaths since the beginning of 2020, or about 3.75 times the estimate provided by the regime.

More than 358,900 people have died of the novel #coronavirus in 547 cities checkered across all of Iran's 31 provinces, according to the Iranian opposition PMOI/MEK.

The situation has reached a point that regime officials admit the severity of the crisis. Deputy Health Minister Iraj Harirchi, for instance, told the state media outlet IRNA that he anticipates both the infection rate and the rate of mortality will “continue to rise exponentially.”

That assessment implies the perceived failure of all recent mitigation efforts, as well as a lack of confidence in the ability of the regime’s new President Ebrahim Raisi to handle the situation more effectively than his predecessor, Hassan Rouhani.

Whoever holds the office of president, his actions are constrained by the will of the Supreme Leader, who wields ultimate authority over virtually all policy matters, both foreign and domestic. In the same IRNA interview, Harirchi acknowledged that Supreme Leader Ali Khamenei’s decisions had made the situation worse in recent months. “We would not have had such a situation if we had vaccinations,” he said but stopped short of directly referencing the impact that Khamenei had had on their availability.

"They took my husband away from me because they didn't let us get coronavirus vaccines," says this grieving widow.#Iran #COVID19 pic.twitter.com/BzlSJ2J3zH

In January, as Covid-19 vaccines were just beginning to become available globally, Khamenei declared that Iran was barred from importing any doses that were produced in the United States or Britain. The decision had the immediate impact of canceling the pre-arranged donation of around 100,000 doses to Iran by an American philanthropic organization. The long-term effects are difficult to quantify, but considering that Iran is participating in the World Health Organization’s COVAX scheme for vaccine distribution, there is little doubt that this restriction reduced Iranian civilians’ access to life-saving medicine.

Meanwhile, it has been confirmed that some of the regime officials traveled abroad in order to receive highly effective vaccines while the less than three percent of ordinary Iranians who have received shots have been forced to rely on domestically made alternatives or imports from Russian and China, none of which have been as extensively tested as the American and British vaccines, or as successful in the tests that have been conducted.

At the same time that Khamenei has both embraced and enforced this situation, he and his subordinate officials have also attempted to lay blame for the worsening public health crisis on the US economic sanctions. In public statements, Tehran has described the sanctions as medical terrorism, arguing that they have blocked the import of vaccines and other medicines. But in fact, medicine, food, and other humanitarian goods are explicitly exempted from sanctions enforcement, and in any event, the regime’s argument is difficult to take seriously when it has deliberately rebuffed offers of medical assistance coming directly from the US.

Regime authorities delayed a month in announcing the arrival of the virus in Iran, to prevent public anxiety from reducing participation in a series of government-run events, including celebrations of the regime’s 40th anniversary, memorials for the regime’s notorious top general who was killed in a January 2020 drone strike, and sham parliamentary elections which Iranian activists were urging the people to boycott in protest. While people boycotted all three events, those few regime supporters who participated became hosts of the virus and spread Covid-19 across Iran.

Documents from Iran’s National Emergency Organization reveal that Iranian cases of Covid-19 had been recorded in late December 2019 or early January 2020, yet Tehran’s first public statement on the subject did not come until mid-February. By that time, the virus had spread far and wide in absence of any mitigation efforts, and reports from the worst-affected regions indicated that deaths tolls were already running into the hundreds. Meanwhile, the regime’s  Health Ministry continued to report only single and double-digit death tolls while Khamenei and other top officials set policy without regard for the risk to public health.

In fact, in March 2020, as Iran marked the start of a new calendar year, Khamenei declared that that year should be defined by an effort to “boost production.” In this way, he effectively dismissed any notion of far-reaching lockdowns, as well as any suggestion that he might release funds to help the Iranian people weather the crisis without putting themselves at risk in order to keep food on their tables.

Khamenei wields direct control over hundreds of billions of dollars in assets, mostly held in so-called religious foundations, and that the Islamic Revolutionary Guard Corps controls a similar horde of wealth via a series of front companies. Any number of these resources could have been leveraged to facilitate a much more effective Covid response, but instead, the regime has demonstrated contentment with sparse and poorly enforced lockdowns intended to mitigate public protest more than the spread of the coronavirus.

The regime was recognizably on high alert in the wake of a nationwide uprising in November 2019, which conveyed much the same anti-regime message as a previous uprising in January 2018. Tehran’s anxiety over this surge of dissent was evident from the fact that the regime’s security forces opened fire on crowds soon after the outbreak of the second uprising and killed approximately 1,500 people. Yet this did not prevent large-scale demonstrations from recurring in January 2020.

Only the added threat of the coronavirus appeared capable of preventing such unrest over the long term. Khamenei is weaponizing the pandemic. In a speech he gave to fellow officials, he predicted that domestic outbreaks would prove to be a “blessing.” But although the current outbreaks are perhaps the worst Iran has faced to date, their mitigating effect on public protest seems to be at an end. Since Ebrahim Raisi’s appointment to the presidency on June 18, unrest has been a more-or-less constant feature of Iranian society. Public demonstrations have been directed against a wide range of issues, and as information about the regime’s mismanagement of the pandemic continues to spread, that issue will likely supply more fuel to the same fire.