Iran: A Response to Michael Rubin 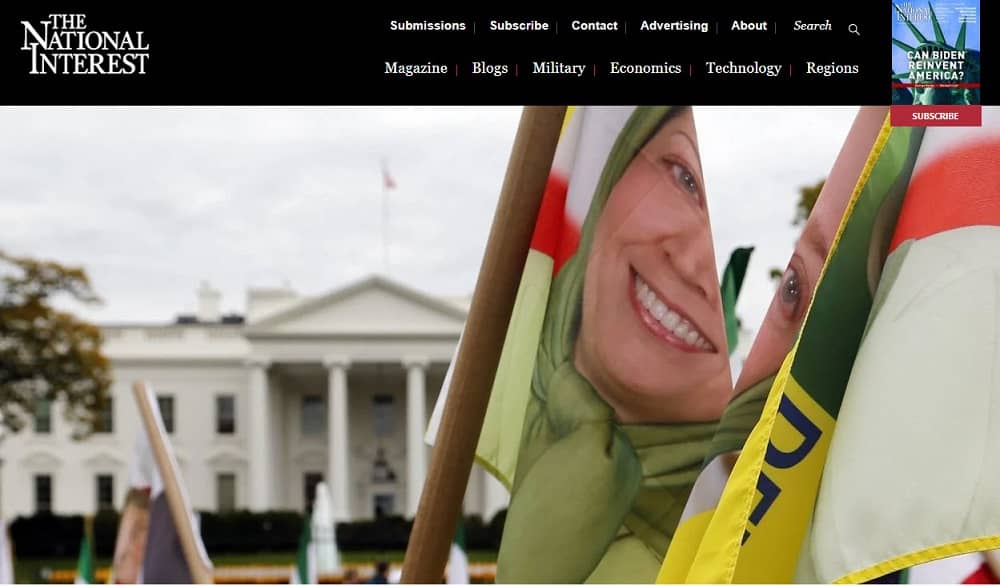 For years, the Iranian regime and its apologists have tried to undermine the role of Iran’s main opposition group, the Mujahedin-e Khalq (MEK). This failed tactic, whether by spreading misinformation about the MEK, demonizing Iran’s only viable alternative, or justifying the regime’s atrocities against the MEK members and supporters, has intensified in recent years. In another hit-piece, the self-proclaimed scholar, Michael Rubin has desperately attempted to regurgitate the regime’s lies against the MEK. in an article published in “National Interests,” Ali Safavi, a member of the National Council of Resistance of Iran (NCRI) Foreign Affairs Committee, debunked Rubin’s baseless allegations.

The full text of this article is below.

Since his previous diatribe against the Mujahedin-e Khalq (MEK) has fallen flat on its face, Michael Rubin has tried to undermine the credibility of the MEK yet again, this time by targeting the movement’s numerous revelations about the clerics’ clandestine nuclear weapons program and its destabilizing activities in Iraq and Syria.

In doing so, Rubin has in effect whitewashed Tehran’s deception and duplicity regarding its nuclear weapons program while downplaying its maleficence in Iraq and Syria. Interestingly, Rubin routinely and unapologetically lifts his arguments from Iranian regime sources, which, in turn, reprints his blind vitriol towards the MEK.

No wonder that virtually all state-controlled media outlets in Iran rehash Rubin’s gossip columns. The daily Kayhan, the supreme leader’s mouthpiece, wasted no time in reprinting Rubin’s earlier anti-MEK piece on the second page of its July 19 issue.

In his latest attack, Rubin claims that the “MKO’s tendency to cry wolf hinder and obstruct the real fights against the Iranian regime.” This is simply outrageous. The fact is that were it not for the MEK, the regime would have, in all probability, acquired the nuclear bomb by now, forcing a catastrophic nightmare of insecurity onto the region and the broader international community.

According to the 2012 National Defense University study that Rubin cited, “On August 14, 2002, at a press conference in Washington, DC, the National Council of Resistance of Iran (NCRI), an exiled Iranian opposition group, drew worldwide attention when it publicly accused Iran of clandestinely developing nuclear weapons.”

Rubin, of course, disingenuously claims that other countries had provided the MEK with such intelligence. This is false, unfounded, and counterintuitive. Why would a foreign government hand over its own intelligence about Iran’s nuclear weapons program to the MEK instead of itself claiming credit for it?

In 2015, Alireza Jafarzadeh made more revelations about the Lavizan-3 site, which caused immense fear and panic in the regime, and which Rubin is now trying to dismiss. The regime tried to smear the revelations and sweep them under the carpet by saying that the MEK had taken a screenshot from a company (GMP) making safes. Rubin is recycling the exact same argument.

In response, the NCRI said that while the regime wants to portray GMP as a private safe manufacturer, it is in fact a state-affiliated enterprise disguised as a private company. It specializes in manufacturing heavy explosive-proof, radiation-resistant doors and bullet-proof vaults. The NCRI also provided other evidence revealing the regime’s lies. So, Rubin’s attempts to get a lifeline from the regime have failed once again.

Nearly every credible chronology about the Iranian regime’s nuclear program cites the NCRI/MEK as the first to expose the regime’s clandestine program. Senior U.S. officials at the time, including President George W. Bush, Vice President Dick Cheney, and Secretaries of State Condoleezza Rice and Colin Powell pointed to the role that the MEK had played in making the world aware of the regime’s secret nuclear weapons program for the first time.

Even Rubin’s cited sources note that “the [NCRI/MEK’s] public revelations of Iran’s clandestine nuclear activities in 2002 unleashed one of the most intensive and highly publicized inspections in the history of the IAEA [International Atomic Energy Agency].”

More than a decade ago, the New York Times published somewhat of an expose on the MEK’s many verified revelations, which embarrassed world intelligence agencies and triggered further IAEA inspections. For example, the newspaper noted that in 2005, the opposition group announced that “its spies had learned that Iran was digging tunnels for missile and atomic work at 14 sites, including an underground complex near Qum.”

“The council’s assertions got little notice. Some Western experts saw them as overstated,” the New York Times added. But, two years later, “Qum became a vindication, though belatedly, in late September, when President Obama, flanked by the leaders of France and Britain, identified a covert uranium enrichment facility” being constructed there.” That is two years later.

That is why “Frank Pabian, a senior adviser on nuclear non-proliferation at Los Alamos National Laboratory in New Mexico [said] ‘They’re [NCRI] right 90 percent of the time. That doesn’t mean they’re perfect, but 90 percent is a pretty good record,’” according to the New York Times.

Many of the key front companies exposed by the MEK, such as Mesbah Energy, Novin Energy, Kalaye Electric, Kavoshyar Company, and Farayand Technique, were eventually sanctioned by the Treasury Department.

In July 2011, the MEK exposed a new nuclear organization overseeing the entire nuclear program and run by the military, known as SPND. The U.S. government designated that entity three years later in 2014. In addition, many companies, key nuclear experts, and military institutions exposed by the MEK have been sanctioned by the United Nations Security Council resolutions 1737, 1747, and 1803.

In fact, Rep. Brad Sherman (D-Calif.) told a House Foreign Affairs Committee Hearing, “We all owe a debt of gratitude to the MEK for bringing this information to the world, and causing the United States and the world to focus on the problem.”

Therefore, Rubin’s claims that the MEK is not a trustworthy source of information are not only highly disingenuous but simply ridiculous. They are as humorous as his whimsical attempts to plant the remnants of the deposed and despised monarchy as legitimate players in Iranian politics. Unfortunately for Rubin, the era of producing faulty intelligence to start wars and prop up the likes of Ahmed Chalabi is over.

As for the MEK’s information on the Iranian regime’s terrorist operations in Iraq, suffice it to say that many senior U.S. military commanders are on record as saying that the MEK’s intelligence enabled them to identify and neutralize ambushes set by Tehran’s proxies, which would have otherwise led to more deaths among American service members in Iraq.

In a letter dated August 24, 2006, Lt. Col. Julie S. Norman, a joint interagency task force commander, wrote, “The [MEK] has always warned against the Iranian Regime’s meddling and played a positive and effective role in exposing the threats and danger of such interventions; their intelligence has been very helpful in this regard and in some circumstance has helped save the lives of soldiers.”

Instead of desperately trying to punch way above his weight on the topic of intelligence gathering about the regime and the unique role of the MEK in this regard, Rubin can better use his time by reflecting on his own checkered past. As a staff assistant on Iran and Iraq in the Office of Special Plans, Rubin was instrumental in stove piping and crafting false raw intelligence that the likes of “Curveball” fed him and his bosses to start the disastrous 2003 Iraq War. Then, he supported Chalabi, a fraudster and charlatan who later turned out to be an Iranian agent.

Is Rubin attacking the MEK because he is looking for more charlatans, this time for Iran? What is his agenda behind spreading faulty intelligence and misinformation about the MEK?