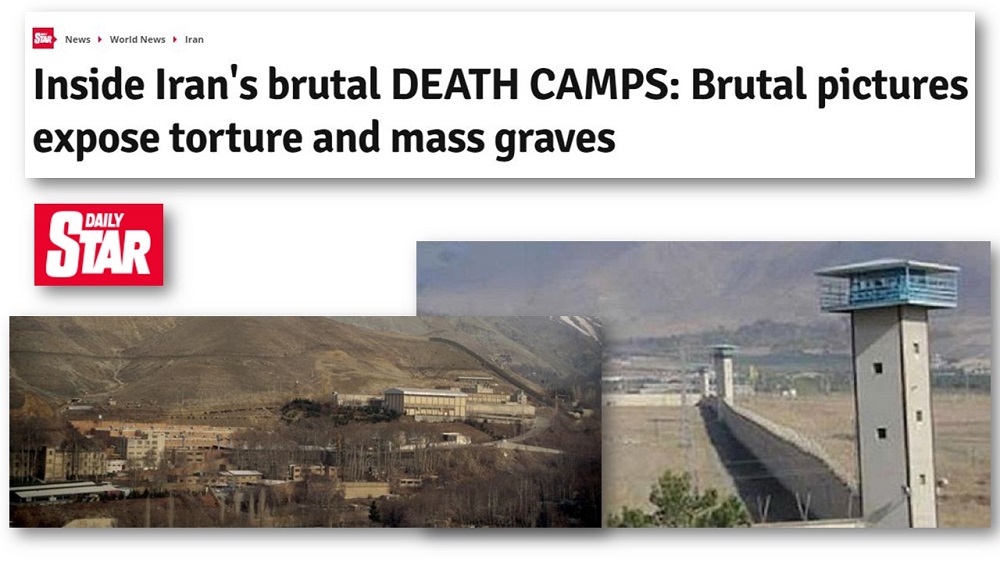 Britain’s Daily Star has interviewed opponents of Iran’s regime who told the paper that at least 30,000 political prisoners, mainly members of the opposition People’s Mojahedin Organization of Iran
“For the past 40 years, nothing has happened against our regime in which the MEK did not have the leading role.” These are the words of Mostafa Pour-Mohammadi, the ‘ian regime’s Justice Minister during…https://t.co/qK66xbSyVm pic.twitter.com/D3pMVyQsdC

Ahmad’s wife Farzaneh lost five members of her family to the regime.

Farzaneh said: “They handed us a bag of clothes and said ‘these are your son’s clothes, we killed him and we want money for the bullet.'”

Another victim, who asked not to give his name, said: “For one of the tortures, I was stretched out on my brother’s chest on a torture rack, and my feet and legs were lashed 150 times.

“I was made to beat my brother, and when I wouldn’t comply, prison guards beat us both harder.”

“Bodies were dumped behind Ward 4 of Evin Prison. Prisoners were lined up and shot, some 30-40 at a time. If any of the prisoners survived the first bullets they were shot in the throat by the guards.

“Then the bodies were dumped in the back of a Mercedes Benz lorry, and as it drove away, all you could see was blood pouring out of the back of the lorry,” he said, becoming visibly emotional.

Munir Hussein had both her sister and her sister’s husband executed by the regime, while she was also imprisoned during the 1988 massacre.

“I was forced to sit outside of the cell during the torture, and I would hear the noises of the others being tortured. Every now and then a guard would come out and tell me that I was next.”

In a statement, the Iranian dissidents said: “You would never see this sort of occurrence in the UK. When we speak to British people, it is so hard for them to even comprehend such a thing.

“The regime is not done with the PMOI, it won’t stop until it kills all of their members. We want all international leaders to bring the Iranian regime to justice and to demand to know why the massacre took place.

“We want individuals like Pourmohammadi brought in front of an international tribunal, so the world hears the extent of their crimes.”

According to Amnesty International, Iran’s regime has run a longstanding campaign to demonize the victims of the regime, as well as distort the facts of what happened in 1988.