Written by Mahmoud Hakamian
30th May 2020

The Romanian Parliamentarian Committee for a Free Iran in a letter, condemned the Iranian regime’s arrest and torture of two Iranian elite students, Amir Hossain Moradi and Ali Younesi, along with 18 other individuals, arrested for having an alleged connection with the People’s Mojahedin Organization of Iran (PMOI, Mujahedin-e Khalq or MEK). This organization also urged the United Nations and its related organizations, particularly the UN High Commissioner for Human Rights Ms. Michele Bachelet, to intervene and halt the torture and possible execution of the detainees and secure their release. The letter is as follows:

The persecution, arbitrary arrests, torture, and executions in Iran have a long history over the past four decades. Many detainees have been tortured to death during interrogation, and the mullahs’ regime has been repeatedly condemned by international organizations, the Human Rights Council, and other relevant bodies for its ongoing human rights abuses.

On April 13 this year, two students of Sharif University of Technology, Ali Younesi and Amir Hossein Moradi, were arrested by security forces without a prosecutor’s order. Not only was the family of the detainees not informed of the reason and place of their detention and their health, but they were threatened with arrest, murder and rape by security forces. Up until the last week when a spokesman for the judiciary, Gholam-Hossein Esmaili, officially announced their arrest last week, accusing them of links to the People’s Mojahedin of Iran (PMOI).

Ali Younesi, the Iranian elite, won the gold medal in astronomy at the Chinese Olympics in 2018.

Subsequently, the PMOI announced the names of the two students and 18 others who had recently been detained by security forces. The abduction of these people without a court order is followed by the threat of torture and execution for them.

Experience has shown that detainees are subjected to the most severe tortures, especially when arrested on charges of being affiliated with the PMOI.

Therefore, this committee expresses its concern about the situation of these detainees and calls for their immediate release and demands these actions to be condemned.

The committee calls on the Romanian Ministry of Foreign Affairs to urge the Iranian government to release detainees immediately and to respect the rights of the Iranian citizens.

These arbitrary detentions and acts of violence against detainees are a clear violation of all international human rights conventions and laws. The international community is against this regime.

The committee also calls on the UN and other human rights bodies to take immediate action to form a committee to investigate the situation of the detainees and the release of political prisoners.

We appreciate your actions. 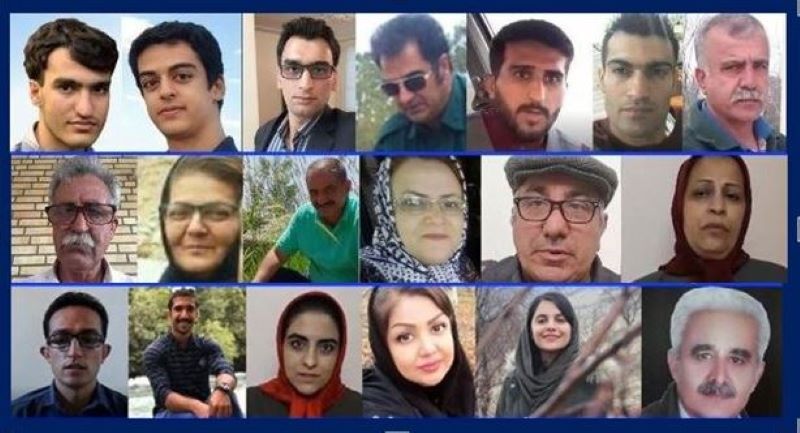