A Christian Convert Arrested in Southwest of Iran 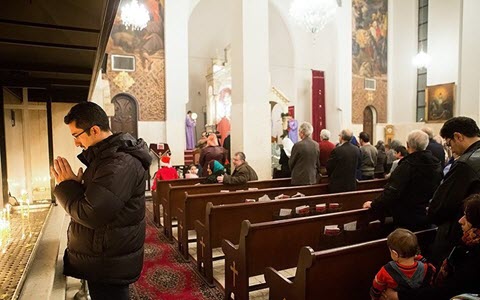 According to the released reports, the agents have raided his house; however, the Christian convert was working on his farmland far from home. After careful inspection, the intelligence agents found some holy bibles, pamphlets, and CDs in his house. The agents summoned him on a telephone call and asked him to go to the Ministry of intelligence’s headquarters in Dezful. He was then arrested on the same day after his visit to the headquarters.

Three days after his arrest, the newly Christian convert, Abdolali Pourmand was allowed to have a brief telephone conversation with his family about his situation on Saturday, October 21. He told his family that the interrogators have promised his release. It is noteworthy that Abdolali Pourmand has been arrested only two months after his marriage.

According to a report published on the website of Mohabat News, three Christian converts have been arrested, summoned, or beaten up in the past few days. They have been threatened to either repel or deny Christianity and repent or to leave the country. The plainclothes agents have intimidated them of beating and killing as well.

The arrest of Christian converts has increased especially in Dezful in recent weeks. On Tuesday noon, October 10, 2017; a Christian convert named Mohammad Ali Torabi was also arrested in Dezful and transferred to Ahvaz. Torabi has also told his family that he would be released soon but his arrest continued and no information is currently available on his situation.

The Iran regime has constantly prosecuted, intimidated, and imprisoned the Persian Christians during these years.