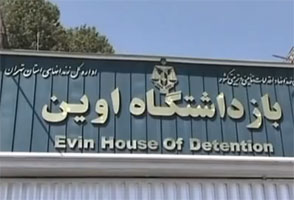 The gathering was announced from few days ago in support of 10 Dervishes imprisoned in Tehran’s Evin Prison, Karaj’s Gohardasht Prison and in prisons in cities of Shiraz and Bandarabbas.

Since early morning the regime’s anti-riot forces and plainclothes agents sealed off all streets leading to Tehran’s Prosecutors Office to prevent the protests by members of families of political prisoners and dervishes.

Large groups of repressive force in police buses have been stationed outside 15-Khordad metro station. Police arrested whoever resembled Dervishes and loaded on the bus and taken to Evin Prison.

Also at police checkpoints in areas around Tehran the repressive forces arrested those planning to attend the gathering protest or prevented them from entering Tehran.

The exact number of those arrested is unknown,however, more than 200 have been arrested until 12:30 local time.

Since March 1 ten dervishes prisoners in Evin, Gohardasht, Shiraz and Bandarabbas prisons have held a hunger strike to protest pressures and degrading and repressive measures and denial access the medical treatment.

Three prisoners in Ward 350 of Evin prion were suddenly exiled to Gohardsht prison.

Health of three of hunger strikers who have been ill is worrisome.

Dervishes on hunger strike have demanded medical treatment for the ill prisoners and the return of three exiled prisoners.

More than 2,000 dervishes across Iran have declared their solidarity with the prisoners demands.