Iran: 80 women arrested in clashes with police in Tehran on International Women’s Day 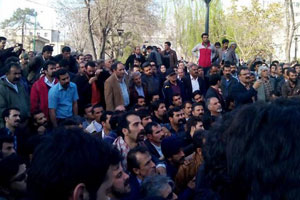 NCRI – On the International Women’s day, the Iranian regime’s State Security Forces arrested at least 80 women during the clashes with members of families of Dervishes and political prisoners who attempted to gather to protest suppression of imprisoned Dervishes.

Reports from inside Iran as of 1:00 pm local time on Saturday indicate that agents of the Iranian regime’s Ministry of Intelligence and Security clashed with the people in the streets nearby as they attempted to gather outside Tehran’s Prosecutor’s Office located near Panzdah-e Khordad Square and Galoobandak intersection.

The anti-riot force used pepper gas against the protesters. Hundreds were arrested, including 80 women. A number of the arrestees were interrogated in the Panzdah-e Khordad Police Station.

Meanwhile, elements of the suppressive forces who were being escorted by motorcycle riders from the anti-riot units fired shots into the air and clashed with the people who had come to participate in the gathering in front of the Hosseinieh of Gonabadi dervishes in Behesht-e Zahra Street of Tehran.

They beat up with batons the arrested dervishes who were resisting getting on the anti-riot forces vehicles to be taken to prison.

The Saturday’s gathering was announced from few days ago in support of 10 Dervishes imprisoned in Tehran’s Evin Prison, Karaj’s Gohardasht Prison and in prisons in cities of Shiraz and Bandarabbas.

Secretariat of the National Council of Resistance of Iran
March 8, 2014 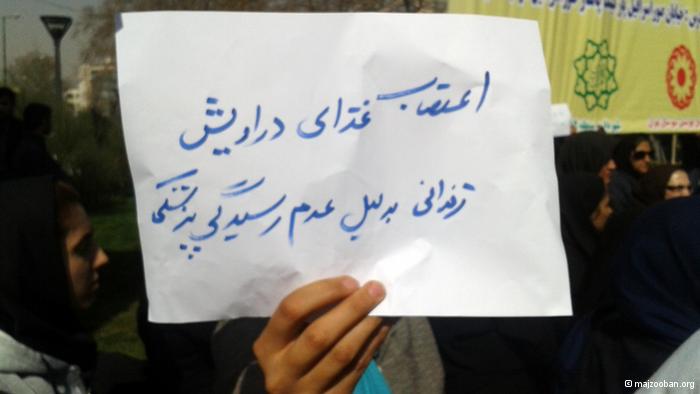 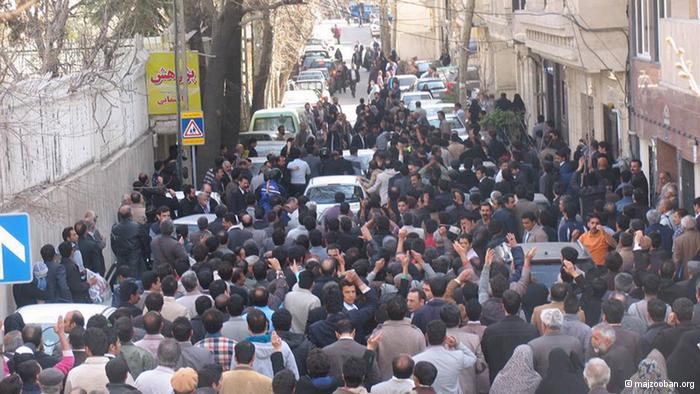 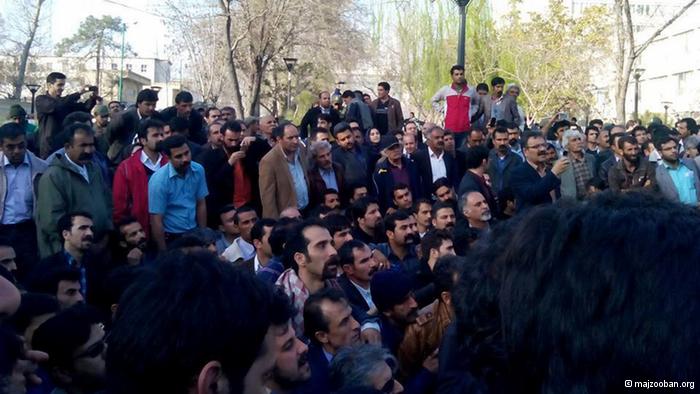