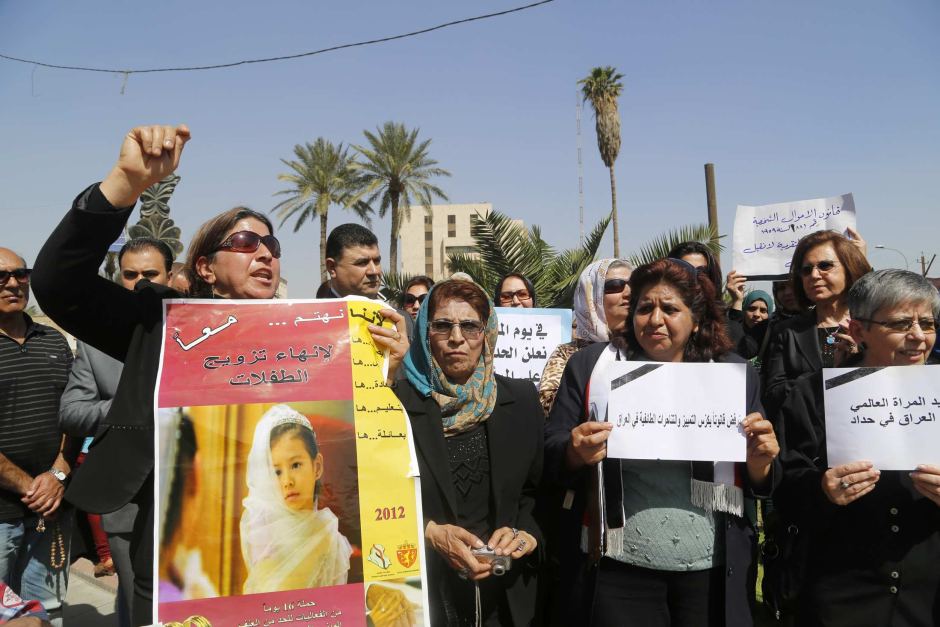 A group of Iraqi women have demonstrated in Baghdad against a draft law approved by the Iraqi cabinet that would permit the marriage of nine-year-old girls.

The group’s protest was on International Women’s Day on Saturday and a week after the cabinet voted for the legislation.

The draft now goes to parliament.

“On this day of women, women of Iraq are in mourning,” the protesters shouted.

“We believe that this is a crime against humanity,” said Hanaa Eduar, a prominent Iraqi human rights activist.

“It would deprive a girl of her right to live a normal childhood.”

The legislation recognizes girls at nine fitting for marriage.

The draft was put forward by justice minister Hassan al-Shimari, a member of the Shiite Fadila party, and approved by the cabinet on February 25.

Religious parties with close ties to the Iranian regime first attempted to pass a version of the law in 2003 under United States occupation, angering secular Iraqis and prompting protests.

Previous articleIran: 80 women arrested in clashes with police in Tehran on International Women’s Day
Next article12,813 women killed in Syria in three years