Iran: Crackdown on People in Ramadan Under the Pretext of Eating in Public 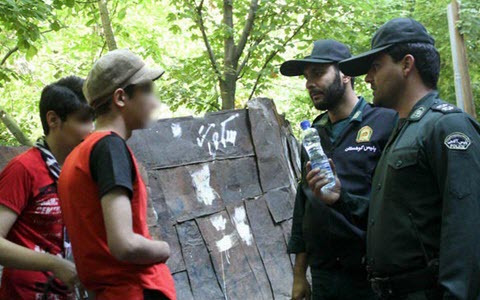 NCRI – “Eating or pretending to eat in public and inside your vehicle is considered crime”. “Mall-veiling and unveiling is crime too, and judiciary will decide about it”. According to the chief of traffic police, reported IRGC affiliated Fars News Agency.

To justify this level of interference in people’s personal lives, IRGC brigadier, Taqi Mohri, said: “Interior space of a vehicle is not personal …eating in public during Ramadan, and in the vehicle is a crime and the police will arrest and transfer these people to judiciary officials”.

The head of the regime’s traffic police force added: “Mall-veiling and unveiling is crime too, and against the religious norms; Police force, in case of observing such things will transfer those people, who committed such crimes to judiciary”.

After the sham election, and the resulting rift and conflicts at the top of the clerical regime and due to fear of uprising, regime needs to suppress and create fear in people. So it has intensified the suppressions under the banner of: “Considering the eating or pretending to eat in public and inside vehicles a crime”.