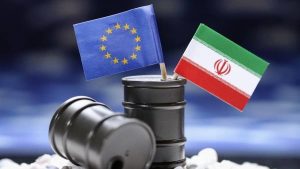 The international response to recent crises has made it clear that the myth of Iranian moderation is alive. Much of the European countries remain amenable to the idea of negotiating with some representatives of the Iranian regime, on the assumption that they also represent a faction that is at odds with hardliners like Supreme Leader Ali Khamenei and the Islamic Revolutionary Guard Corps (IRGC). But that assumption is groundless, and Tehran’s continued exploitation of foreign interlocutors should make it clear that the assumption is harmful to global security.

When the current president of the regime, Hassan Rouhani, was elected in 2013, many Western policymakers embraced it as a sign that substantial reform was pending in the country. Some even portrayed the election as a sort of delayed triumph for the 2009 protests that erupted four years earlier after the disputed reelection of Rouhani’s predecessor, Mahmoud Ahmadinejad. Those protests were brutally suppressed, and the people’s demands were rejected out of hand. Rouhani’s election came as a surprise because the intervening four years produced no meaningful changes which suggested that the stage had been set for moderate leadership.

This should have been recognized as a clue that Rouhani’s moderate credentials were illusory. But even among those who failed to recognize the preexisting signs of his adherence to hardline principles, there should have been a rapid loss of faith in moderation after his first year in office failed to demonstrate follow-through on any of his promised reforms. Yet some in the West contented themselves with the belief that Tehran was moving toward compromise in the nuclear sphere, and that once this was achieved it would herald broader change.

A nuclear deal did finally arrive on the scene in 2015, but it was rightly derided by serious critics of the Iranian regime for giving away sanctions relief to the mullahs in exchange for limited, short-term restrictions on nuclear enrichment, and no further transparency on the past military dimensions of the nuclear program. But while the preamble of the Joint Comprehensive Plan of Action promised that it would contribute to a more peaceful environment in the Middle East, its implementation coincided with the ongoing escalation of Iran’s regional meddling.

Domestic conditions in Iran didn’t show any signs of progress during Rouhani’s first term, either. Instead, the era seemed to soon be defined by increased repression of political dissent and free expression in general.

Near the end of Rouhani’s first term, a leaked audio recording from 1988 made it widely known that his first Justice Minister, Mostafa Pourmohammadi, had played a major role in that year’s massacre of 30,000 political prisoners. Pourmohammadi would go on to publicly declare that he felt proud to have helped carry out “God’s command” by executing the main targets of that massacre, members of the People’s Mojahedin Organization of Iran (PMOI-MEK). Although he was removed from his position ahead of Rouhani’s second term, he has otherwise faced no consequences, and he was promptly replaced by Alireza Avaiee, another participant in the same massacre.

Now Rouhani is nearing the end of his second term in office, and it is widely anticipated that he will be replaced by an avowed hardliner following a purge of “reformists” from the ballots during last year’s parliamentary elections. After the past seven years, the global consensus should tend toward an understanding that this doesn’t actually make a difference. It should be clear to all that the moderate and hardline factions represent a distinction without a difference, and that the 2015 nuclear deal is not sufficient to set one apart from the other, least of all in the aftermath of Iran’s systematic violations and the ultimatum underlying its recent decision – wholly embraced by both factions – to resume enriching uranium to 20 percent fissile purity.

That may be one of the last decisions that defines Rouhani’s legacy, and yet many Western policymakers are looking toward the end of this era while wringing their hands over the pending loss of some vague opportunity that never really made itself known. Some are even pushing for the incoming US presidential administration to promptly reenter the nuclear deal that the previous administration pulled out of in 2018, even if doing so involves the renewed suspension of economic sanctions or an offer of other concessions that effectively reward Tehran for its malign activity.

This is not a regime made up of hardliners and reformists jostling for dominance; it is an irredeemable religious dictatorship wherein both factions swear loyalty to a single ruling theocrat while working together to bamboozle foreign adversaries into turning a blind eye to his agenda in hopes of promoting domestic reforms that will never come.