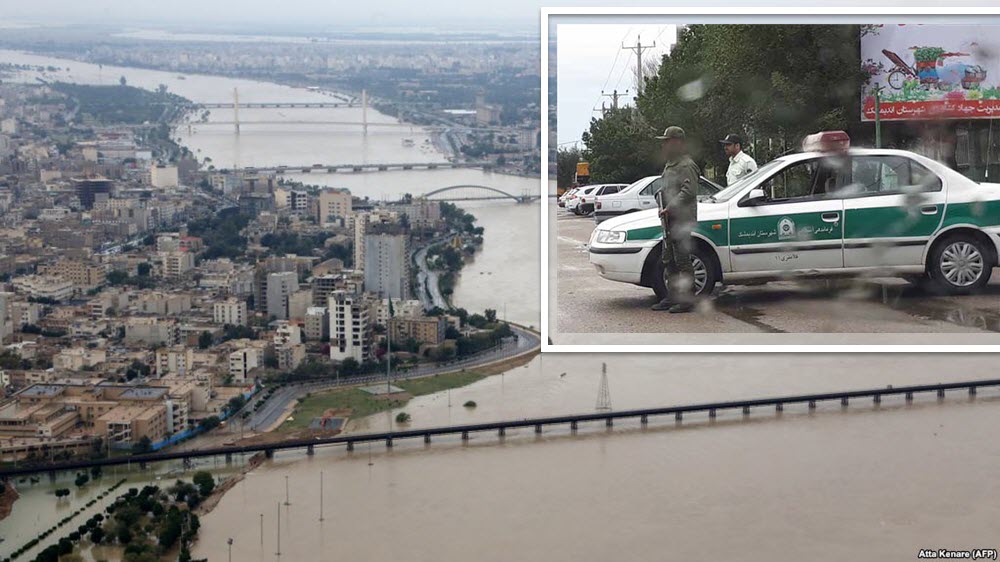 The Iran Regime’s Ministry of Intelligence and Security (MOIS) arrested at least 27 individuals over the weekend for either voluntarily providing relief to flood victims in southwest Iran, or taking part in protests over the Regime’s lack of an appropriate response to the disaster.

On Sunday, MOIS agents arrested 22 volunteer relief workers in Malashiyeh, Khuzestan Province, southwest Iran, who had travelled to (or remained in) the flood-hit areas to rescue people who were trapped, erect flood barriers, provide medical aid, make food, and distribute blankets and clothing. All of these relief workers volunteered to help and are paying for resources out of their own pockets.

The relief workers, who have been transferred to an unknown location, were identified as:

On Saturday, five protesters were arrested for criticising the Regime’s failure to provide aid and insistence on saving their businesses rather than the Iranian people. The protesters were identified as:

However, these were far from the first arrests as a result of these protests.

Human rights groups report that 11 Arab-Iranian volunteers have arrested the Islamic Revolutionary Guards Corps in Khuzestan Province last week for the “crime” of trying to help people in the flood-stricken village of Gurieh. They named Ahmad Ka’bi, Ebrahim Badavi, Ebrahim Dahimi, Masoud Mansouri, and Yaghoub Ka’bi as some of those arrested.

These arrests come after a month of flooding in the north, south and west of Iran with the Regime providing no assistance and often making the situation worse by pulling down flood barriers erected by local people and opening fire on residents. People have, unsurprisingly, been staging angry demonstrations over this and criticising the false reports by state-run media that the survivors are being helped by the Regime.

The flood has already devastated 1,900 cities and villages, with yet more on high-alert, but the Regime dispatched their suppressive security forces to quell protests rather than help the people. The Regime even brought in their proxy militias from across the Middle East, including the Iraqi Popular Mobilization Forces and the Fatemiyoun Division, which has been fighting to prop up Bashar Assad in Syria.

Previous articleEurope Banks Pay $1.3b Fine for Violating US Sanctions on Iran
Next articleIran: Terrorist Designation Will Affect FATF Bill