Iran: Mullah Pour-Mohammadi, Rouhani’s Minister of Justice, admits he is proud of his role in the 1988 massacre of political prisoners 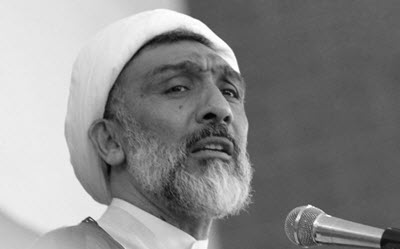 NCRI – According to Tasnim news agency affiliated to the IRGC terrorist Qods Force, on August 28  Mostafa Pour-Mohammadi, a member of Khomeini’s “Death Commission” during the massacre of 30,000 political prisoners and members of the MEK in the summer of 1988 and current Minister of Justice in Rouhani’s government, explicitly admitted to his role in the massacre and said he was proud of it.

Pour Mohammadi, who was speaking in the administrative council meeting in the city of Khorram-Abad in Lorestan province, on August 28 said: “We are proud we have implemented God’s order about Mojahedin (PMOI or MEK). We have stood against the enemy of God and people and confronted them with power. God have said that do not have mercy on the infidels because they do not have mercy on you and we should not have mercy on Mojahedin.”

Mrs. Maryam Rajavi, President-elect of the Iranian Resistance, last week in a message to an exhibition in Paris’ Mairie du 2e commemorating the 28th anniversary of the 1988 massacre of 30,000 political prisoners in Iran. Stated: “The time has come for the UN to adopt a resolution, condemning this crime. The international community must prosecute Iran’s ruling mullahs,”

She also emphasized: “Western governments have so far remained silent on this great crime against humanity. The time has come for the UN to issue a resolution censuring this crime. The international community must prosecute the mullahs ruling Iran,”

Previous articleAssembly of Experts: Khomeini wrote Montazeri, “You will hand the country over to liberals and through them, to the Mojahedin”
Next articleIran: Attorney at law on the 1988 massacre: Khomeini was Imam of law or lawlessness?