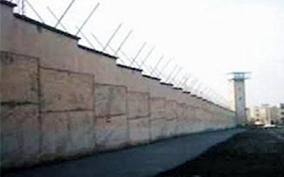 NCRI – Authorities at Gohardasht prison in the city of Karaj in Iran have threatened several political prisoners with execution.

A prison official has told a number of political prisoners, including Khaled Hardani, Shahrokh Zamani, Saleh Kohandel and Saeid Massouri, on September 24 that in case of continuing their political activity inside prison they may face execution sentences.