Iran: No News About the Fate of a Political Prisoner 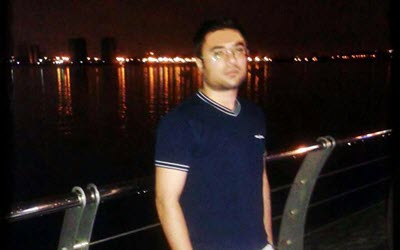 NCRI – A family member of a political prisoner, expressing concern about the status of their son after he was transferred to Gohardasht prison, said: “After his mother informed (the media) about the way his son was arrested, she was threatened via a phone call by a security institution that this issue will cause trouble for her son.”

According to a close relative of the family, “Currently the family of political prisoner, Asou Rostami, is extremely concerned about the fate of their son because Asou during a contact with his family said that they threatened him and said ‘we will send you to a place where your previous place (prison cell) seems a hotel for you.’ He was transferred to Gohardasht prison on Saturday November 4 and there is no news about his condition ever since.”

The political prisoner, Asou Rostami, has been sentence to two years imprisonment by the mullahs so-called courts on the charges of “Cyberspace (social media) activity and publishing criticizing content on human rights situation and executions in Iran, empathy and solidarity with the families of political prisoners and families of prisoners sentenced to death, participating in a rally in defense of Kobani (in Syria), sympathy with the families of the victims of 2009 (uprising) events, connection with human rights activists, assembly and collusion against the regime and insulting the leadership.”

Previous article
Iran Regime Fears the Aftermath of U.S. Elections and New Sanctions Law
Next article
Iran: The Internet Contributes to Rebellion and Attraction to the MEK