Iran: The Internet Contributes to Rebellion and Attraction to the MEK 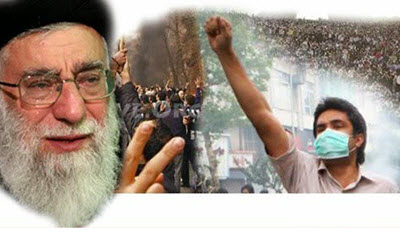 NCRI – Mullah Movahedi Kermani, head of the Staff for ‘Promotion of Virtue and Prohibition of Vice’, expressed the Iranian regime’s fear from the expansion of social networks in Iran and the youths’ attraction to the Iranian opposition, PMOI/MEK. He said, “The internet… contributes to rebellion and attraction to the PMOI, creating conceptual perversion.”

The Iranian state media cited Movahedi Kermani on Sunday, December 4, 2016, as saying, “Today, the cyber space has priority over the election and veiling (of women). The issues of election and veil are the second and third priorities. Unfortunately, some of the officials have been treacherous in introducing the internet. Many officials have not done a good job in presenting the internet. They have presented the positive and negative impacts of the internet as being equal while this is not true. There are more negative consequences… Therefore, we must pay attention to this issue that has entangled us today.”

He continued his remarks by expressing fear of the internet and its popularity among the people. “Today, our wives and children, young and old, are targeted by this cultural invasion. For example, if you go to a relative’s party, you would see that everyone, young and old, are busy with their mobile phones. Has it ever struck us what is happening in these cellphones and what these people are watching?”

He added, “I received some material from the Assembly of Experts which explained the dangers of the cyber space. I found out that the internet has the power to uproot the religion and Islam. Mal-veiling is bad but the internet is a hundred folds worse.”

Previous article
Iran: No News About the Fate of a Political Prisoner
Next article
Despite the Lifting of Sanctions, Why Iran’s Economy Has Plunged Into Recession? – Part 2