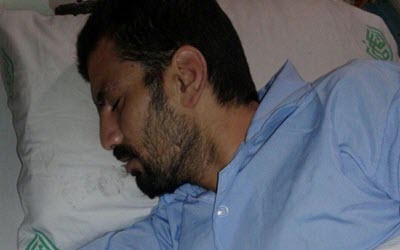 NCRI – According to local reports, Iranian political prisoner, Rasoul Hardani, is in critical condition on his 19th day of hunger strike in Gohardasht (Rajai-Shahr) Prison in Karaj, north-west of Tehran.

He began a hunger strike on July 2, 2016 to protest against the inhuman conditions of prison and the illegal procedure of his imprisonment.

Rasoul Hardani had been imprisoned for almost 17 years and based on the sentenced he had received he ought to have been released last July but the mullahs’ judiciary refused to release him.

While a doctor has issued a notice stating he ought to be transferred to hospital, the criminal head of the prison has prevented Hardani’s transfer.

In the meantime, the political prisoners of Gohardasht Prison in Hall 12, have sent a statement to international human rights organizations and institutions, asking them to intervene to save this prisoner’s life.