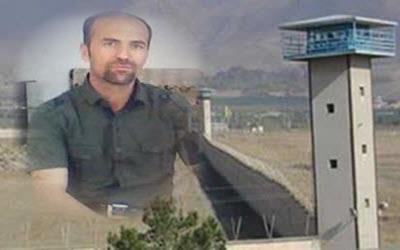 NCRI – According to reports, the political prisoner and workers’ rights advocate “Behnam Ebrahim Zadeh” has been summoned and threatened by “Yousef Mardi” head of Information & Security in Gohardasht Prison on the morning of Wednesday September 21.

According to the report, the reason Ebrahim Zadeh was summoned was his revealing the news on beating of a security prisoner named “Mahmood Naji” and his forced transfer to the court as well as reporting on the pressures put on political, security and ordinary prisoners.

Yousef Mardi threatened Ebrahim Zadeh of manipulating his case and preventing his furlough as well as his medical treatment.

In the face of these threats, Ebrahim Zadeh has said that it is not acceptable by any standard to force a political, security or ordinary prisoner to court while being beaten with his hands and feet tied. He also protested against the prison’s nonconformity to article 68 of Principle of Separation of Offenses in keeping the prisoners, and also against theft and confiscation of his belongings and essential medicines as well as not addressing his medical problems.