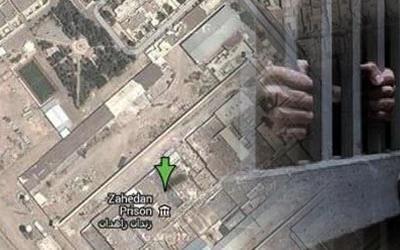 NCRI – After being brutally attacked and beaten by the Iranian regime’s mafia gang, the political prisoners in Zahedan Prison (South Western Iran) were taken by the prison officers to the prison’s non-political and dangerous wards.

According to reports, the attack took place at 19:30 on October 19, during which a yelling and swearing mafia gang attacked two political prisoners in ward 4 of Zahedan Central Prison. The political prisoner Hamzeh Rigi was beaten in the attack and ended up with an injured face.

Besides, Hamzeh Rigi who was beaten by the mafia gang was also transferred to ward 6, better known as ‘the newcomers ward’, where most dangerous non-political and addicted prisoners are held for a short time.

The prison’s mafia gang boss is someone named Hossein Khajeh who is also the interior director at the prison. He is one of the torturers in Zahedan Prison who has a lot of hatred towards Baluch political prisoners.

Previous articleIran: Organizers of the Cyrus the Great Day Were Arrested at Pasargadae in Fars
Next articleIran: Mullah Reacts in Disarray to Anti-Regime Slogans in Pasargadae