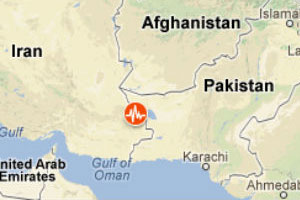 NCRI – A Baloch prisoner in south-western part of Iran was paralyzed by the security forces gunfire while arresting him severing his spinal cord. However, he is kept in Saravan prison without any medical care and treatment.

Jassem Baluch Zehi was arrested in December 2017 while wounded by the security forces gunfire.

According to a report “the security agents, on suspicion of carry drugs give Jassem warning to stop the vehicle, and when he stops and gets out of his vehicle, despite being unarmed and having no weapon, they fire three bullets at him, arrest him and take him away while he is injured.”

The report says, “Jassem is crippled by spinal cord injury and cannot move his legs and feet. In this condition he is kept in the isolated section of Saravan prison, there are no one to provide him with some support, and he doesn’t know anyone in the prison to help him, and he has no one to take care of him and he has to wear diaper for personal needs and because of the inability to control himself, but he does not have the ability to pull that together.”

“His family visited the head of the judiciary, Mohammad Azizipour, and the office of prosecutor, Abbas Azizi, several times, and asked them to at least until the end of the investigation, issued a document authorizing him to receive treatment, but they did not accept it.”
The prisoner remains in jail for two months at a very bad condition and without any specialized medical care.