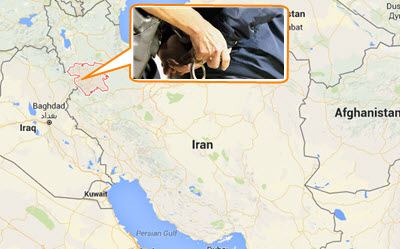 NCRI – The mullahs’ regime in Iran has arrested or kidnapped at least 20 members of Iran’s Kurdish minority over the Nowrouz (Iranian New Year) holiday period.

As part of the arrests, at least 20 people have been transferred to prisons and detention and interrogation centers in Sanandaj and Bukan, western Iran. Among the detainees in Sanandaj are the sister and three brothers of Farhad Vakili, a Kurdish political prisoner who was executed in 2010.

At least 15 people who took part in a Nowrouz celebration in Bukan were arrested and have been transferred to an unknown location.

There is also a report from the town of Ivan, in the western province of Ilam, that agents of the Iranian regime’s notorious Ministry of Intelligence and Security (MOIS) arrested a young man by the name of Saeid Naderi and took him to an unknown location.

Two other Kurdish students, Mehran Amini and Arash Makri, were arrested last month in Sanadaj and Tabriz respectively, and their current whereabouts are unknown.

The Iranian New Year coincides each year with the start of spring and this year fell on March 20.