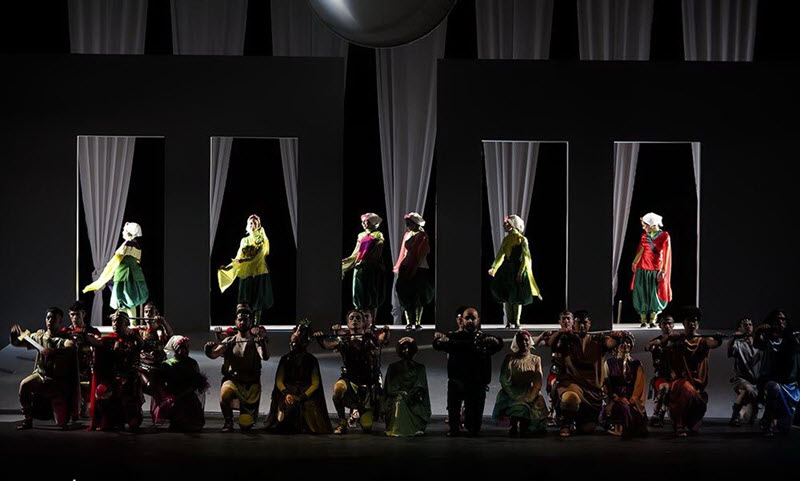 Reports from Iran indicate that two Iranian artists have been arrested for partaking in an interpretation of “A Midsummer Night’s Dream” by Shakespeare. Those arrested have been named as Saeed Assadi, the manager of the theatre that was hosting the show, and Maryam Kazemi who was acting as director of the play.

An official of the Iranian regime’s culture department said that the two artists were arrested on Sunday but claimed that the incident was based on a misunderstanding.

The arrest came just after a video trailer of the play was broadcast. The most likely reason for the arrest was that there were both males and females dancing together. The law in the country forbids the mixing of the genders in public. Women are also forbidden from dancing in public.

The Iranian regime firmly and strongly rejects what it describes as Western influences and this has resulted in the severe repression of the people. The arts such as music, performances, dance, and so on, are hugely restricted in the country and thousands of people have been arrested in recent years.

The population of Iran is significantly young and the tech-savvy generations are exposed to culture from all over the world. Social media also has huge restrictions in place, but this is ignored by many. Social media applications that have been banned by the Iranian regime are easily accessible via VPNs – private networks that enable individuals to access content that is banned.

The Iranian regime imposes a strict dress code, including the compulsory veiling of women. Iranians have been arrested for sporting “Western” hairstyles or for wearing clothing that authorities deem inappropriate.

The Iranian regime’s crackdown has intensified in the past few years and the punishments range from being arrested, fined, tortured, stoned, lashed, amputated and even executed. Many international human rights agencies have condemned the regime’s arbitrary punishments as belonging to the medieval ages and have called for it to stop immediately.

However, the Iranian regime, led by the Supreme Leader Ali Khamenei, has continuously warned about the threat of the social “harms” that go against the country’s culture. Even family gatherings for weddings or birthdays have been interrupted by suppressive forces.

Human rights, even the most basic ones, are denied to the people of Iran. In its annual report, Amnesty International expressed its concern about the Iranian regime that is supressing “the rights to freedom of expression, association and peaceful assembly, as well as freedom of religion and belief”. It also pointed out that in the past year alone, thousands of people have been arrested and imprisoned for voicing dissent.

Furthermore, the people are denied fair trials and are punished according to their political and religious beliefs and their gender or ethnicity. No amount of appeasement can remedy this situation. Regime change is essential.