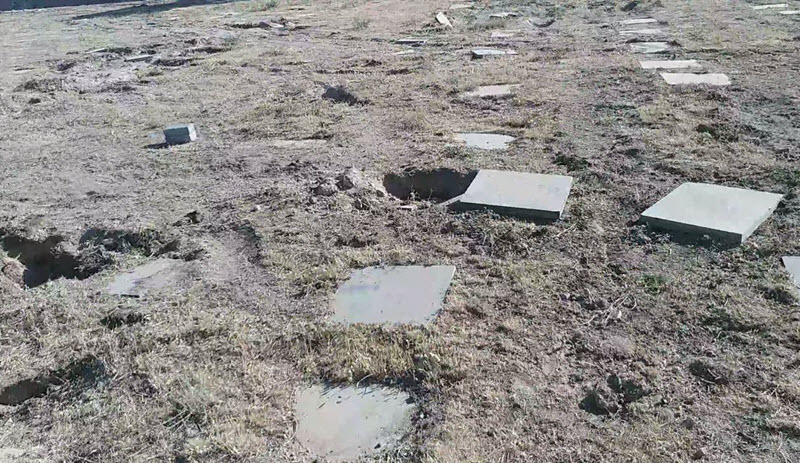 NCRI – During the summer of 1988, the Iranian regime executed more than 30,000 political prisoners, most of whom were members or affiliates of the People’s Mojahedin Organization of Iran (PMOI / MEK), the main opposition. The victims were executed in groups and their bodies were put in large and unmarked mass graves. These horrifying events became known as the 1988 massacre.

Most of the people that were executed during the 1988 massacre were done so after serving unjust prison sentences for taking part in peaceful dissent activities.

There have been recent and renewed calls for justice for the victims of the massacre in recent years and several international organisations have campaigned to hold those responsible to justice.
Amnesty International has just revealed some new information that pushes the call to justice further. Photo, video and satellite imagery analysis proves that the authorities in Iran are making deliberate efforts to destroy evidence.
Amnesty International in collaboration with Human Rights groups, compile a report entitled “Criminal cover-up: Iran destroying mass graves of victims of 1988 killings”.

Iranian authorities have been building over, bulldozing, destroying and dumping rubbish on mass grave sites.

Amnesty International said: “These tactics are destroying key evidence that could be used to establish the truth about the scale of the crimes and obtain justice and reparations for the victims and their families. These sites have been under constant surveillance by security agencies, which suggests that judicial, intelligence and security bodies are involved in the decision-making processes related to their desecration and destruction.”

The report said that the areas being destroyed are “crime scenes” and they need to be protected “until proper and independent forensic investigations are carried out to identify the remains and the circumstances of what happened to the victims”.

The perpetrators of the 1988 massacre have ascended the ranks of the leadership in the country and not one single official has been investigated. For decades, the families of the victims have been living with the injustice, so this covering-up is another major blow to them.

In the report, Amnesty International points out that concealing the fate and whereabouts of the victims is tantamount to “enforced disappearance” – a crime under international law.

It is essential that the Iranian authorities halt any further modification to any of the confirmed or suspected mass burial sites. Instead of covering up crimes, it is the responsibility of the Iranian government to investigate them and ensure that those responsible are held to justice. It is especially cruel for the families of the victims to see that some of the officials that were responsible for the ordering and carrying out of the political prisoners are still in power today.

Previous articleIran’s Labor Movement Against Mullahs’ Regime
Next articleLast Year, More Than 70,000 Cyberspace Users Were Arrested (192 per Day) in Iran