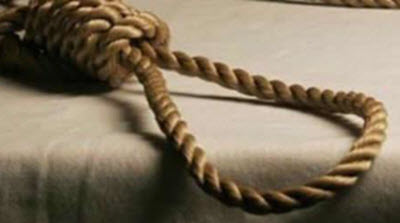 NCRI – The Iranian regime plans to hang a teenager later this week for a crime he allegedly committed at the age of 15.

Alireza Tajiki, now 19 years old, was sentenced to death in April 2013 after a conviction by the regime’s criminal court in Fars Province, southern Iran.

His family have told international media outlets that the regime plans to execute him on Wednesday, August 3. They say have been informed by the authorities in Adel Abad Prison in Shiraz, southern Iran, that they should go visit him for a final time this week prior to his execution.

The mullahs’ regime had previously announced that it planned to hang Mr. Tajiki on May 15 in Adel Abad Prison. That execution was postponed due to international pressure.
Amnesty International said at the time that the Iranian regime must urgently halt the execution.

The human rights group said his conviction was primarily on the basis of “’confessions’ extracted through torture which he repeatedly retracted in court.”

“Imposing the death penalty on someone who was a child at the time of the crime flies in the face of international human rights law, which absolutely prohibits the use of the death penalty for crimes committed under the age of 18. It is particularly horrendous that the Iranian authorities are adamant to proceed with the execution when this case was marked by serious fair trial concerns and primarily relied on torture-tainted evidence,” said James Lynch, deputy director of the Middle East and North Africa Programme at Amnesty International.

“Iran’s bloodstained record of sending juvenile offenders to the gallows, routinely after grossly unfair trials, makes an absolute mockery of juvenile justice and shamelessly betrays the commitments Iran has made to children’s rights. The Iranian authorities must immediately halt this execution and grant Alireza Tajiki a fair retrial where the death penalty and coerced ‘confessions’ play no part,” he added.

In its May 12 statement, Amnesty said: “More than 970 people were put to death across Iran last year. In January 2016 Amnesty International published a report which found that despite piecemeal reforms introduced by the Iranian authorities in 2013 to deflect criticism of their appalling record on executions of juvenile offenders, they have continued to condemn dozens of young people to death for crimes committed when they were below 18, in violation of their international human rights obligations.”