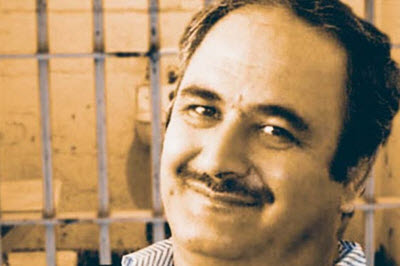 NCRI – The agents of Iranian regime’s Intelligence Ministry prevented holding a ceremony to commemorate the first anniversary of Shahrokh Zamani, a political prisoner who died last year in Gohardasht prison under the regime’s pressures.

According to reports, relative and friends of the late Shahrokh Zamani intended to hold a ceremony on the anniversary of his passing away on Thursday September 1, but the Intelligence Ministry threatened them and canceled the ceremony.

A source close to the family of Shahrokh Zamani said: “We wanted to hold a brief ceremony at the home of Shahrokh’s nephew in Tehran and a number of labor activists, unionists, and his friends and acquaintances were invited. But the Intelligence Ministry contacted and threatened us to cancel the ceremony and they did not even allow people to come together.”

On 11 September 2015, Shahrokh Zamani, a labor activist and a political prisoner who was incarcerated in Gohardasht prison and was spending the fifth year of his imprisonment, suspiciously died due to stroke and unbearable pressures in the prison.

He was arrested on 4 June 2011 and detained in solitary confinement for 36 days. He was sentenced to 11 years imprisonment on bogus charges of “Propaganda against the system and the formation of a group to disturb national security.”

This political prisoner and defender of workers’ rights in a letter written before his death wrote: “I have received death threats directly or indirectly in the Intelligence Office, including poisoning, placing me in the ward of ordinary prisoners with AIDS, forcing mentally unbalanced and dangerous people as well as criminals to fight with me, placing the intelligence agents in the guise of a prisoner in my side to encourage me to flee so that I get shot and killed during escape but I identified these individuals and avoided them,… I warn everyone about any consequences of this kind of behavior. Prison officials are responsible for my death for any reason.”

Previous articleLet’s light 30 candles in honor of 30,000 executed compatriots in Iran
Next articleSuccessful Completion of the Resettlement of Camp Liberty residents from Iraq to Europe