Iran Regime’s IRGC News Agency: “If We Neglect, Our Fate Will Be Similar to Syria.” 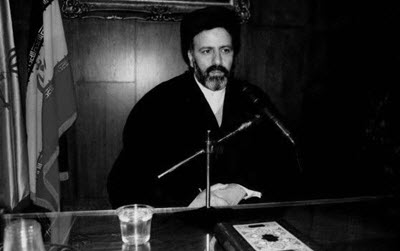 NCRI – Following Ebrahim Raeesi’s candidacy in the upcoming presidential election in Iran, the issue regarding the massacre of 1988 in which 30 000 political prisoners killed has emerged once again and greatly supported in the media affiliated with the regime since the candidate is the former member of the death commission in 1988.

The state-run Fars News Agency wrote two consecutive articles about this horrific crime. The news read: “following Ebrahim Raeesi’s candidacy in the presidential election of Iran, a media wave has been raised to destroy him in pretext of his alleged role in the execution of Mujahedin in 1988. They intend to destroy the regime and the officials by bringing up the files regarding the past performance of the regime. In fact, the anti-regime forces endeavor to consider the discrepancies between the people and the regime in order to destroy the face of elites in public.”

The IRGC News began to justify the great massacre of 1988 as well as the tortures and murders; stating that MEK members deserve to be punished severely and this way of treatment is logical and reasonable.”

Fars News added: “those who intend to attack the regime today on the pretext of the execution of MEK members have ignored the fact that the fate of our regime will be similar to Syria as long as they neglect the measures imposed by the MEK. In other words, concerning the current situation in the region, we can realize the importance of accurate and calculated measures taken against the MEK by the Iran regime.”

The IRGC writes about the crimes committed by Ebrahim Raeesi:”those like Raeesi that have revolutionary backgrounds, must not be blamed and instead, they could be encouraged due to having the same backgrounds (i.e. the massacre of political prisoners).

The IRGC in another article writes about the social consequences of the litigation movement for the 30000 political prisoners killed in 1988 as well as the release of the audio file by Ayatollah Montazeri:”it’s been a while that the large number of local and international advertising networks count on marginal issues such as the executions of the 90s in order to destroy Ebrahim Raeesi. The audio file released by Ayatollah Montazeri has become another issue since this cleric was the supporter of MEK at that time.”

The IRGC then writes that the strategy formulated to execute the political prisoners in 80s shall be similar to Khomeini’s letter to Montazeri and these incidents shall not be addressed like before.

Finally, On Sunday April 9th, Ebrahim Raeesi in a statement proclaimed his candidacy in the presidential election of Iran. After his official nomination, the clash between the two circles heated up. In addition to that, Ebrahim Raeesi started slamming Rouhani’s government as well as his performance during the 4 years of presidency and naturally, the other side reacted to this conduct as well.

Previous articleIran: Execution of a Prisoner After Heart Attack
Next articleIran: Hundreds Rally in Protest Against the Death Penalty