Iran: Returning Political Prisoner to Prison From the Hospital Without Treatment 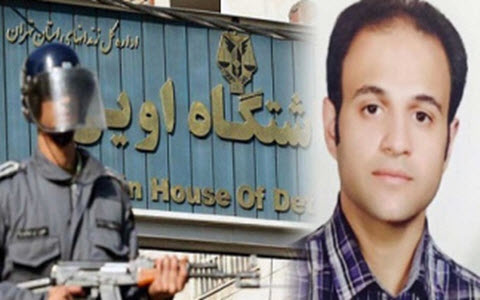 NCRI – Just a few hours after a political prisoner from Evin prison was transferred to the hospital, he was returned to the prison without completing treatment.

Ali-Reza Golipour, a political prisoner in ward seven of Evin prison, was transferred from the prison to Tajrish hospital on May 17, 2017, and was returned to prison the same evening. Earlier, Mr. Golipour was taken to Taleqani hospital, but without the necessary tests and treatment, he was returned to prison.

According to obtained reports, a source close to Mr. Golipour said, “The physician in charge in the hospital has written in a statement to the head of the prison that Mr. Golipour’s physical condition is absolutely not suitable for prison conditions, and this lack of potential has been proven. According to the same source, the prisoner is suffering from various ailments, such as epileptic seizures, heart problems, and lymph nodes infections. His prison intolerance sentence has been confirmed as well.”
Despite agreeing to his urgent medical leave, and despite the efforts of his family for more than a week, he hasn’t been able to be released for medical leave.

Ali-Reza Golipour was born in 1986, as a resident of Tehran. In October 2012, he was a communication student and an employee of the Ministry of Communications and Information Technology. He was arrested by Intelligence Ministry agents in July 2014 on charges of “espionage for foreigners, and particularly America”. He was tried by the regime’s court, headed by the notorious Abolqasem Salavati, to 39 years and 9 months in prison and 170 lashes, but the sentence was commuted to 12 years in prison.

Ward seven of Evin prison, the exile place of political and security prisoners, is one of the provisions of this notorious prison. The prisoners kept there are mainly charged with financial crimes. But, Iran’s prison authorities are also keeping at least 55 political and security prisoners, alongside drug addicts and financial crimes prisoners. This is against the principle of separation of various crimes. In addition, these prisoners are spending their long-term sentences in very poor conditions. There are at least 30 prisoners with AIDS in this section.