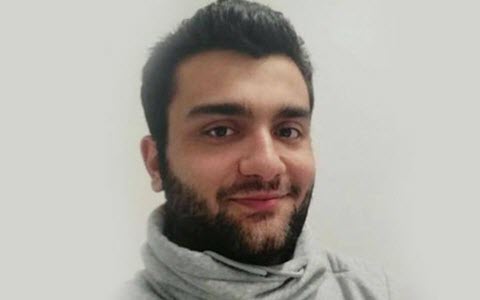 NCRI – Agents of Iran’s Intelligence Ministry murdered a prisoner under torture in the intelligence department of Karaj, reports indicate.

Diyako Hashemi, 24 years of age and born in the city of Ravansar (western Iran), used to live in Karaj, west of Tehran.

Hashemi had gone to Finland in 2011 and had recently returned to Iran to visit his ill father.

Reports indicate Iranian intelligence informed his family on May 25 to receive his body and have him buried the same day.

Iran’s intelligence prevented the transfer of Hashemi’s body to his hometown of Ravansar and his family was forced to bury their loved one in Karaj.

The Intelligence Ministry forced the father, Amir Hashemi, to pledge not to inform the media.