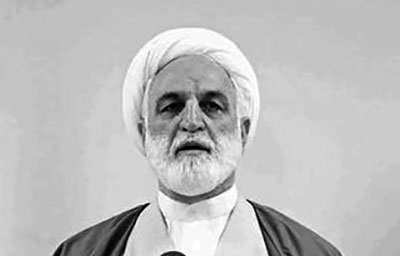 On Thursday, June 2, state media reported that a spokesperson for the Iranian Judiciary had defended last week’s incident in which students were flogged for taking part in a mixed-gender graduation party.

Tasnim News agency, which is affiliated with the Iranian Revolutionary Guard Corps’ Quds Force, reported that Mullah Gholamhossen Eje’I, the First Deputy and Spokesman of the Judiciary said the implementation of this punishment is legal. He said the floggings were carried out according to due process of law, and suggested that there was no basis for the protests being held against the sentence.

Eje’i’s commentary on the incident pointed to talking points frequently utilized by the regime in response to instances of activism and reformist journalism, suggesting a foreign source for social trends that are out of step with the regime’s ideology. “There are indications that not all of the participants were aware of the real driving force, and that these parties are being led from other places,” he said.

“This issue is being reviewed by security and law-enforcement institutions to establish who is behind these parties,” he added.

On May 25, the Iranian regime’s suppressive forces raided a party following a graduation ceremony in Qazvin and arrested 35 young men and women. On that same day, all of the arrestees were condemned by the judiciary to 99 lashes and the sentences were immediately carried out by “Moral Security Police”.

On May 31, the United Nations High Commissioner for Human Rights issued a statement saying: “We condemn the outrageous flogging of up to 35 young men and women in Iran last week, after they were caught holding a graduation party together in Qazvin, north of Tehran.”