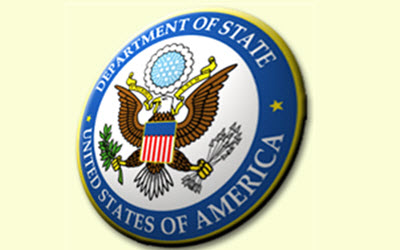 NCRI – In its annual Country Reports on Terrorism, published on Thursday, the United States State Department announced that the Iranian regime has remained the top state sponsor of terrorism the world over.

According to the US State Department annual report “Iran remained the foremost state sponsor of terrorism in 2015, providing a range of support, including financial, training, and equipment, to groups around the world – particularly Hizballah. Iran continued to be deeply involved in the conflict in Syria, working closely with the Asad regime to counter the Syrian opposition, and also in Iraq where Iran continued to provide support to militia groups, including Foreign Terrorist Organization Kata’ib Hizballah. In addition, it was implicated for its support to violent Shia opposition group attacks in Bahrain. Iran was joined in these efforts by Hizballah, which continued to operate globally, as demonstrated by the disruption of Hizballah activities in Peru in 2014 and Cyprus in 2015.”

The State Department report underscored “In 2015, Iran’s state sponsorship of terrorism worldwide remained undiminished through the Islamic Revolutionary Guard Corps-Qods Force (IRGC-QF), its Ministry of Intelligence and Security, and Tehran’s ally Hizballah, which remained a significant threat to the stability of Lebanon and the broader region.”

Justin Siberell, the Acting Coordinator for Counterterrorism, provided the 2015 report.

“Iran remained the leading state sponsor of terrorism globally. As explained in the report, Iran continues to provide support to Hizballah, Palestinian terrorist groups in Gaza, and various groups in Iraq and throughout the Middle East,” Siberell said in the briefing at the State Department on Thursday afternoon.

According to the State Department senior official, the US “expanded cooperation with partners in Europe, South America and West Africa to develop and implement strategies to counter the activities of Iranian allied and sponsored groups such as Hizballah.”

According to the US, in 2015,  “Iran increased its assistance to Iraqi Shia terrorist groups, including Kata’ib Hizballah (KH), which is a U.S. designated Foreign Terrorist Organization….Iran used the Islamic Revolutionary Guard Corps-Qods Force (IRGC-QF) to implement foreign policy goals, provide cover for intelligence operations, and create instability in the Middle East. The IRGC-QF is Iran’s primary mechanism for cultivating and supporting terrorists abroad.”

Regarding the Iranian regime’s collaboration with Al-Qa’ida, the US Government pointed out “Iran remained unwilling to bring to justice senior al-Qa’ida (AQ) members it continued to detain and refused to publicly identify the members in its custody. Iran previously allowed AQ facilitators to operate a core facilitation pipeline through Iran since at least 2009, enabling AQ to move funds and fighters to South Asia and Syria.”