Iranian dissident: Khamenei must be tried for crimes against humanity 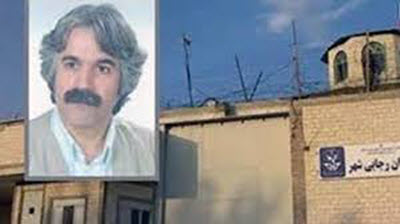 NCRI – A political prisoner in Iran has released an open letter commemorating Iran’s 1988 massacre of political prisoners in which some 30,000 political prisoners – the vast majority activists of the main opposition group People’s Mojahedin (PMOI or MEK) – were executed. In the letter, smuggled out of the regime’s notorious Gohardasht (Rajai-Shahr) Prison in Karaj, north-west of Tehran, he makes a renewed call for the regime’s corrupt leaders to be brought to trial for crimes against humanity.

Mahdi Farahi Shandiz, who is imprisoned for insulting the regime’s supreme leader, Ali Khamenei, and on the bogus charge of disturbing public order, praised the 30,000 political prisoners murdered by the state 28 years ago this month.

He said that they had “sacrificed their valuable lives for the ideal of freedom,” explaining that they had stood by their principals against the mercenaries; many prisoners were executed without their names being released.

He said that Monireh Rajavi was executed purely because her brother, Massoud Rajavi, was the leader of the Iranian Resistance, which includes the National Council of Resistance of Iran (NCRI) and the People’s Mojahedin of Iran (PMOI/MEK).

Shandiz wrote: “These heroes, who are standing on the gallows, chose to say “NO” to the brutal hangmen in the significant time of danger and they resisted for the sake of their true conscience, the God and the people…They made the sketches of the ‘Free Iran’ concept for the future.”

He demands to know who designed this plan, who sanctioned these executions, and who the executioners were. Of course, he already knows the answer.

He wrote: “Everyone knows that these crimes against humanity were issued by the command of Khomeini with his own handwriting and signature. After that, the same gentlemen took the position of power; Khamenei, [former President Akbar Hashemi] Rafsanjani, [Hassan] Rouhani, [former intelligence minister Gholam-Hossein] Mohseni-Eje’i and the brutal Judge [Mohammad] Moghiseh. All elements of this sovereignty are united together in order to kill thousands of opponents and political prisoners.”

He suggests honoring the martyrs by calling for their murderers to be brought to justice because the crimes of the Iranian Regime are no less than those of ISIS.