NCRI – Iranians in Norway on Tuesday held a rally in Oslo to protest the trip by the Iranian regime’s Foreign Minister Javad Zarif to Norway.

The supporters of the National Council of Resistance of Iran (NCRI) and the People’s Mojahedin Organization of Iran (PMOI or MEK) urged European countries to hold Zarif and other officials of the mullahs’ regime accountable for the atrocious human rights abuses committed in Iran. 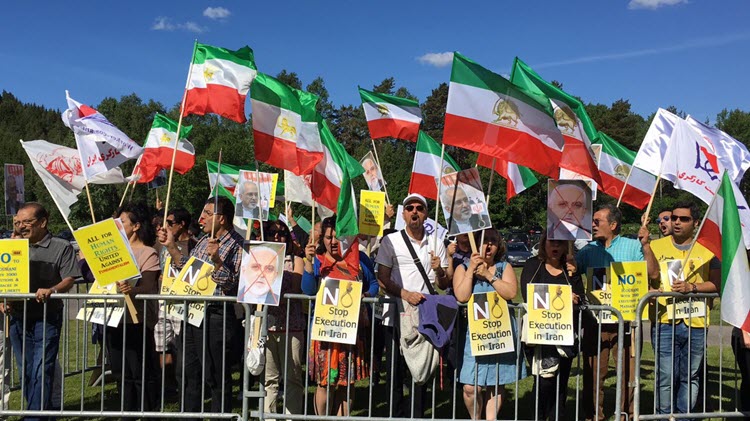 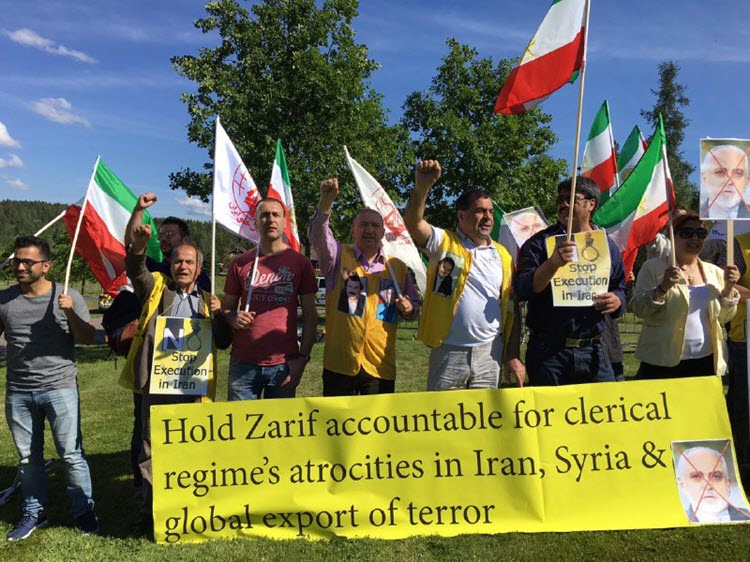 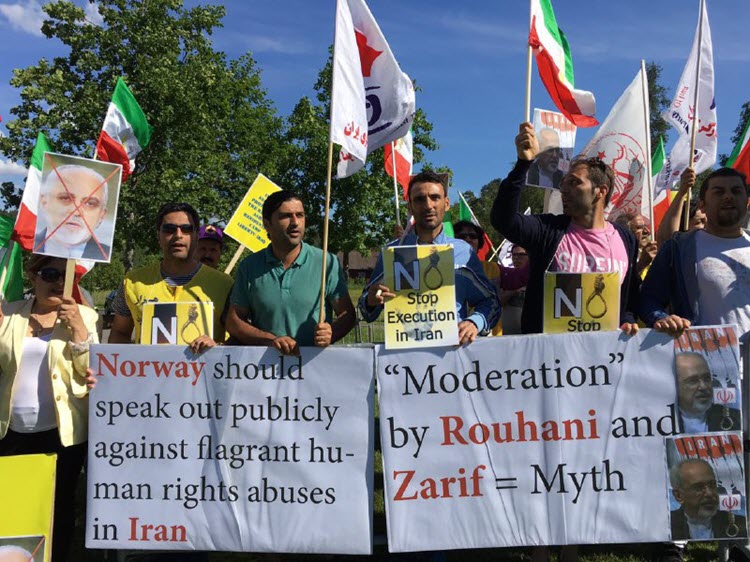 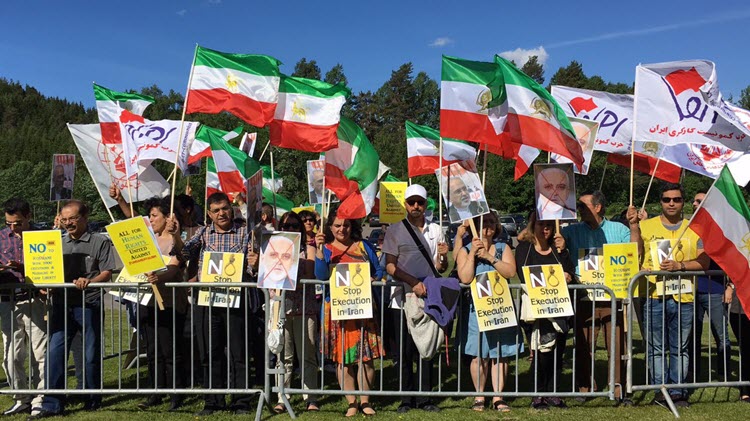 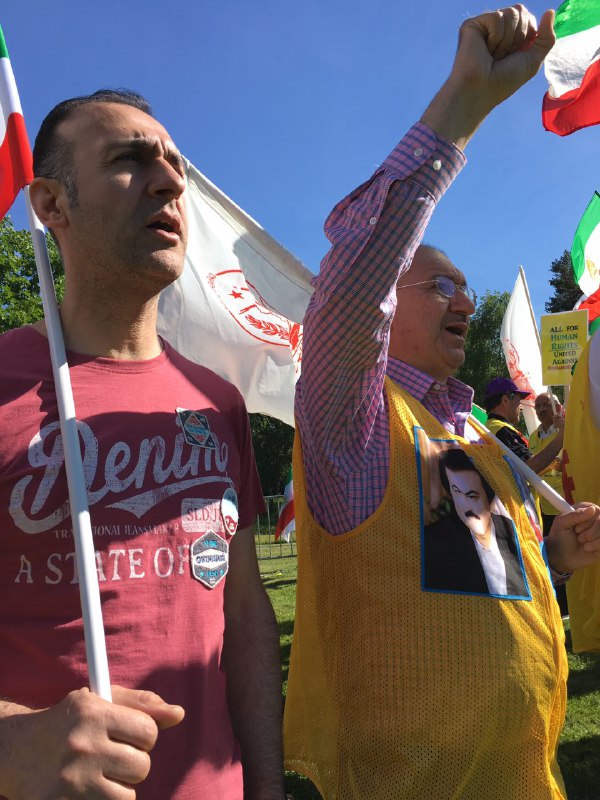 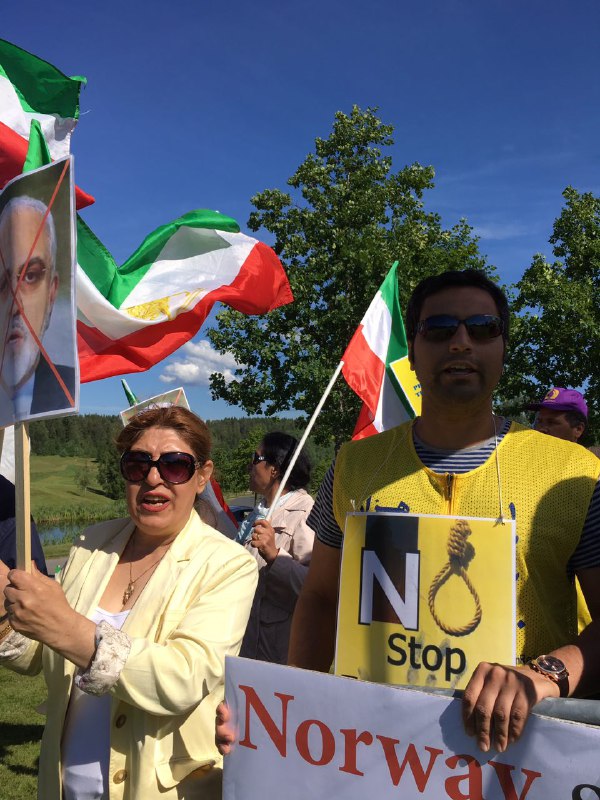 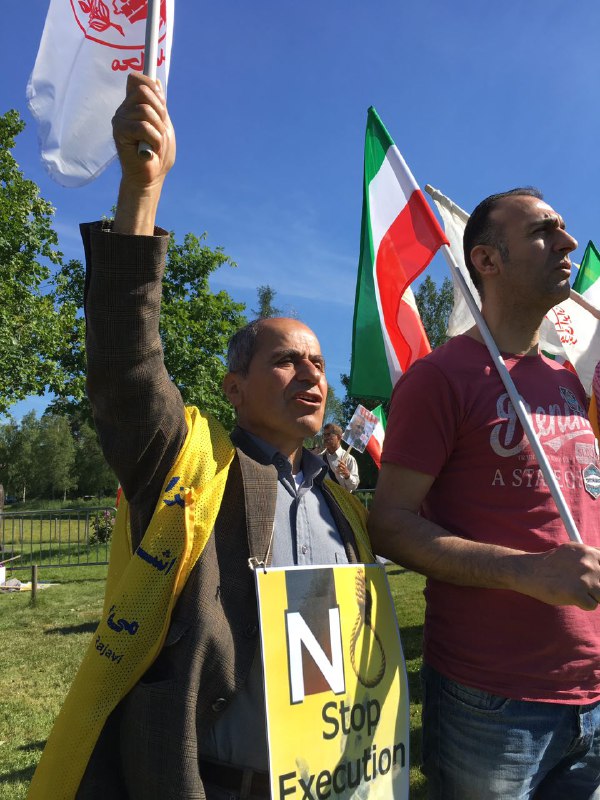 On Monday the Oslo Times reported that former Norwegian MP Lars Rise has criticized the invitation given to Zarif to speak at this year’s Oslo Forum.

“If the dialogue was about all the atrocities and all the terrorist acts planned in Tehran that day, or putting the cards on the table on all the bad and evil things they are executing from week to week, then of course it would be a fruitful dialogue. But to invite them as a sort of expert on peacemaking is just really shameful,” he said.

In light of Tehran’s continued human rights violations, Mr. Rise, a former member of the Parliamentary Assembly of the Council of Europe, was also critical that trade sanctions have been lifted on Iran’s regime.

Commenting on Zarif’s trip to Norway, Amb. Perviz Khazai, the representative of the National Council of Resistance of Iran (NCRI) in Nordic countries, on Monday said:

“The trip by the Iranian regime’s foreign minister Javad Zarif to Norway takes place amid an unparalleled wave of executions in Iran. Close to 130 people have been hanged in Iran in the past two months alone.

During the period that Zarif has been the foreign minister of the religious fascism ruling Iran at least 2400 have been hanged. The UN Special Rapporteur on the situation of human rights in Iran, in his latest report, expressed concern about the high number of executions, torture, extracting confessions under torture, depriving prisoners of lawyers, discrimination against women, execution of juveniles, pressures on religious minorities, increasing suppression of free speech, and prohibition on any political activity in Iran. He wrote that around one thousand people have been executed in Iran in 2015 which is the highest number in the past 10 years. According to this report, “At least 73 juvenile offenders were reportedly executed between 2005 and 2015, and the number of juvenile offenders reportedly executed in 2014-15 was actually higher than at any time during the past five years.”

Zarif is the representative of a regime that has immersed the region in war and crisis through warmongering, export of terrorism, and extremism. On May 13, he described Mostafa Badreddin, a senior commander of the terrorist group Hezbollah, as “a great and tireless man” and “full of love and emotion and epic in defense of the just ideals of Islam” although Badreddin had been indicted by the U.N.-backed Special Tribunal for Lebanon for his participation in the assassination of Rafiq Hariri, former Prime Minister of Lebanon. In January 2014, Zarif paid his respects to Imad Mughniyah, former commander of Hezbollah, by placing a wreath on his grave.

Zarif ought to face justice for crimes against humanity and war crimes as a senior representative of the most brutal dictatorship after the Second World War for three decades. Three years after Rouhani’s presidency, it is once again proven that moderation by the clerical regime is only a mirage and the empty propaganda about moderation of factions within this regime is solely meant to justify trade with this regime.

The only outcome of establishing relations and conducting trade with this regime and receiving its leaders is to embolden it to intensify its suppression and export of terrorism. Relations with the Iranian regime should be made contingent on a halt to executions and an end to export of terrorism and warmongering. This is the demand of the Iranian people and an imperative for peace and to fight terrorism in the region and the world.