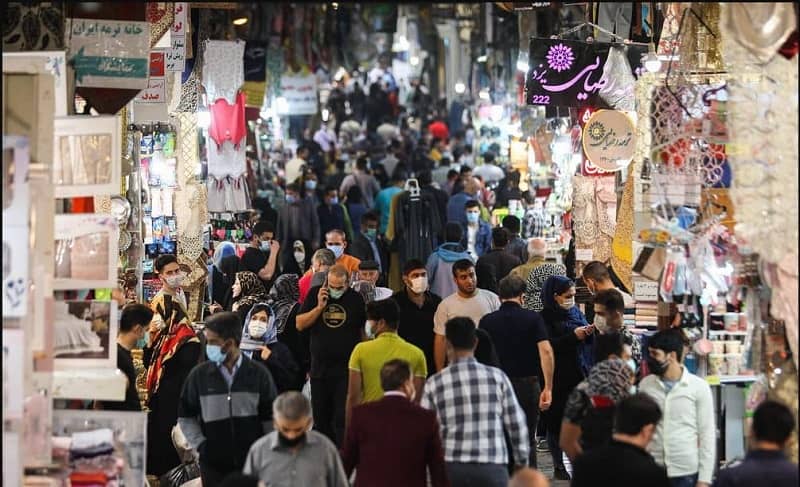 After two years of deception, the Iranian regime’s President Hassan Rouhani acknowledged Iran is now experiencing the fourth wave of the Covid-19 outbreak. “We have a hard period ahead of us,” he said on Saturday, showing the regime’s inhumane covid-19 has failed.
The regime used the Covid-19 outbreak to quell the restive society following the major November uprising. This inhumane policy was centered around inaction and cover-up. Now officials and state-run media acknowledge the situation is critical.

The regime officials are worried about the worsening of this crisis for two reasons. First, there is condensed hatred in the society toward the regime because of its inhumane covid-19 policy.

“Although the coronavirus crisis delays the conflict, delaying it at the cost of overwhelming issues is a challenge in society. In other words, when society is freed from the clutches of this disease, political, social, and economic faults will begin to move with greater destructive power,” wrote the state-run Jahan-e Sanat on March 15 in this regard.

Secondly, the ongoing campaign by the Iranian Resistance in exposing the regime’s inhumane cover-up has caused Rouhani and Khamenei to fail in blaming innocent people for the Covid-19 spread. Thus, the public hatred toward Khamenei and his regime continues to grow.

The threat of another nationwide uprising has increased the regime’s infightings. “Whatever they [Rouhani’s government officials] said was the opposite. They said the coronavirus is over. Then from where this fourth wave come from?” said Ahmad Alam-ol Hoda, Mashhad’s Friday prayer leader on Friday.

Therefore Rouhani, on Sunday, warned, “Not everyone should go and say whatever he wants on TV. This will not be in the interest of the system.”

In a nutshell, the regime’s officials are worried about their grip on power. Today, people are concerned about the future of society and their lives because society is on the verge of great crises. If crises pile up and the rulers do not listen to the voices of the protesters, the continuation of such a phenomenon can end the patience of the people. If there is no change in Iran soon, the mental state of the society will soon become more dangerous,” Jahan-e Sanat warned on March 15.

Previous articleIran News in Brief – April 12, 2021
Next articleIran’s Economy Suffers from Effects of Corruption, Not Sanctions