Gholam-Hossein Ismaili, the spokesperson of the Iranian regime’s Judiciary, on Tuesday announced they have pardoned 157 so-called “security convicts.” This is the regime’s desperate measure, on the eve of the major Iran protests of last November, to quell the restive society.

“In the evolution of amnesty and proposed amnesties, especially the recent amnesty, the basis of expert work is a detailed review of judicial cases, monitoring the actions and behavior of convicts during the sentence in the provincial and central amnesty commissions of the judiciary and considering and in the process of amnesty to make sure that the convicts have repented and remorse and rehabilitated,” Esmaili said during a press conference broadcasted on state television on Tuesday.

“Because in such cases where expert work is done, we see that those whose convictions have been pardoned rarely commit a crime again or do not commit a crime at all,” Esmaili added.

The expert work Esmaili referred to is the regime’s inhumane treatment of prisoners, particularly those arrested during the major Iran protests in 2018 and 2019.

“Torture was used to punish, intimidate and humiliate detainees. It was also routinely used to elicit “confessions” and incriminating statements, not just about their involvement in the protests, but also about their alleged associations with opposition groups, human rights defenders, media outside Iran, as well as with foreign governments,” read Amnesty’s report.

“The victims were frequently hooded or blindfolded; punched, kicked and flogged; beaten with sticks, rubber hosepipes, knives, batons and cables; suspended or forced into holding painful stress positions for prolonged periods; deprived of sufficient food and potable water; placed in prolonged solitary confinement, sometimes for weeks or even months; and denied medical care for injuries sustained during the protests or as a result of torture,” Amnesty report adds.

Speaking of pardoning political prisoners by a regime that has recently executed wrestling champion Navid Afkari, and Mostafa Salehi, arrested for their participation in the 2018 uprising and killed over 1500 peaceful protesters during the November 2019 uprising is a bitter joke.

It also highlights the need for the international community to intervene and secure the release of all political prisoners and stop the executions and tortures inside Iranian prisons.

As Mrs. Maryam Rajavi, the opposition president-elect, has said: “The clerical regime must be ousted from the UN and its leaders must face justice for their systematic violations of Human Rights, crime against humanity and trampling human dignity.”

The clerical regime must be ousted from the UN and its leaders must face justice for their systematic violations of #HumanRights, crime against humanity and trampling human dignity. #Iran 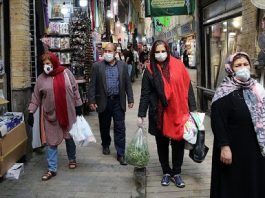 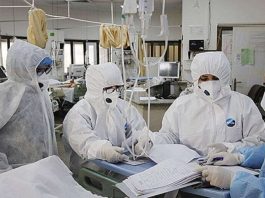