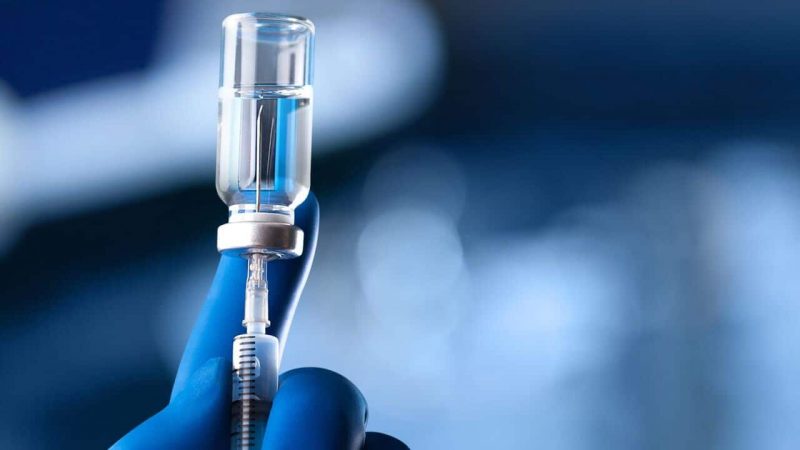 As more governments worldwide race to vaccinate their people against Covid-19, the Iranian regime tries to further profit from the vaccination process at the cost of endangering people’s lives.

After months of delay in procuring the Covid-19 vaccine, the regime now allows the so-called private companies to import vaccines except US and EU vaccines.

“We called for the import of the Covid-19 vaccine a few months ago, and recently a new call has been made to pharmaceutical importing companies for any company that can import. Initially, the Ministry of Health decided that the Covid-19 vaccine import should be done only through the Board of Trustees,” Haidar Mohammadi, Director General of Drugs and Substances, said on Friday, adding, “Still, since this collection is governmental, we decided with the discretion of the Minister of Health, to allow private companies to import the vaccine and provide it to the Ministry of Health.”

The regime speaks of the so-called “free” vaccination to deceive Iranians and cover-up its plan to profit from the vaccination process and endanger people’s lives.

Kianoush Jahanpour, the spokesperson of the regime’s Food and Drug Administration, on March 19 told the Official IRNA news agency that, “Until now, more than 595,000 doses of coronavirus vaccine have been distributed in the country’s health network, of which 124,000 doses have been inoculated in the country so far. The main recipients of these vaccines were also the medical staff.”

“The [regime’s] promise to deliver 2.8 million doses of vaccine was not fulfilled by the end of [the Persian Year of] 1399, and out of the one million doses of Russian vaccine promised, only 420,000 doses were delivered by the end of March. Therefore, vaccination planning for at least 1.3 million people covered by phase one by the end of the last Persian year, which was predicted in terms of many restrictions, is practically unrealistic,” Jahanpour told the state-run Entekhab website on Thursday.

The so-called private companies are controlled by the Revolutionary Guards (IRGC) or financial institutions such as the Execution of Imam Khomeini’s Order (EIKO), which is under control of Ali Khamenei, the regime’s Supreme Leader.

The regime delayed procuring the Covid-19 vaccines from the World Health Organization, as a part of its inhumane coronavirus policy, to use this virus and its mass casualties as a barrier to people’s uprising.

Khamenei banned importing credible vaccines from the United States, the United Kingdom, and Europe on January 8. Although his main reason for taking such a decision was to kill more Iranians using the coronavirus outbreak, Khamenei and IRGC are willing to plunder people with their vaccination hoax further.

“The Food and Drug Administration is under heavy pressure to approve domestically produced vaccines and anti-coronavirus medicines. Because obtaining approval from the Ministry of Health means a huge profit for the drug owner,” wrote the state-run Jahan-e Sanat on December 14 in this regard.

Let’s take a look at one of these so-called private companies:

Barkat Pharmaceuticals Holding Company: This parent company owns 60.6 percent of the Alborz Investment Group, the second-largest pharmaceutical holding company in the country. Companies in this conglomerate include:

“The first phase of mass production of the COVIran-Barakat vaccine will be launched today, which has a production capacity of 3 million vaccines per month,” the state-run Tasnim news agency reported on March 15.

“The second phase of mass production has a capacity of 12 to 15 million doses per month, which will be launched before the end of June.”

In other words, Barkat and other holdings under Khamenei and the IRGC’s control profit from producing and importing vaccines. Also, the regime tests its vaccines on ordinary people, further endangering their lives.

In a nutshell, the Iranian regime uses the Covid-19 outbreak to quell the restive society on the one hand and make a massive profit by importing the vaccine through “private companies” affiliated to IRGC on other hand. Yet, another uprising in Iran, as the regime’s state-run media acknowledge, is inevitable.

“Although the coronavirus crisis delays the conflict, delaying it at the cost of overwhelming issues is a challenge in society. In other words, when society is freed from the clutches of this disease, political, social, and economic faults will begin to move with greater destructive power,” Jahan-e Sanat daily wrote on March 15, warning the regime of upcoming protests.

Previous articleIran News in Brief – March 28, 2021
Next articleUndeclared Nuclear Sites Are A Sign Of Inadequate Pressure Over Iran’s Nuclear Activities