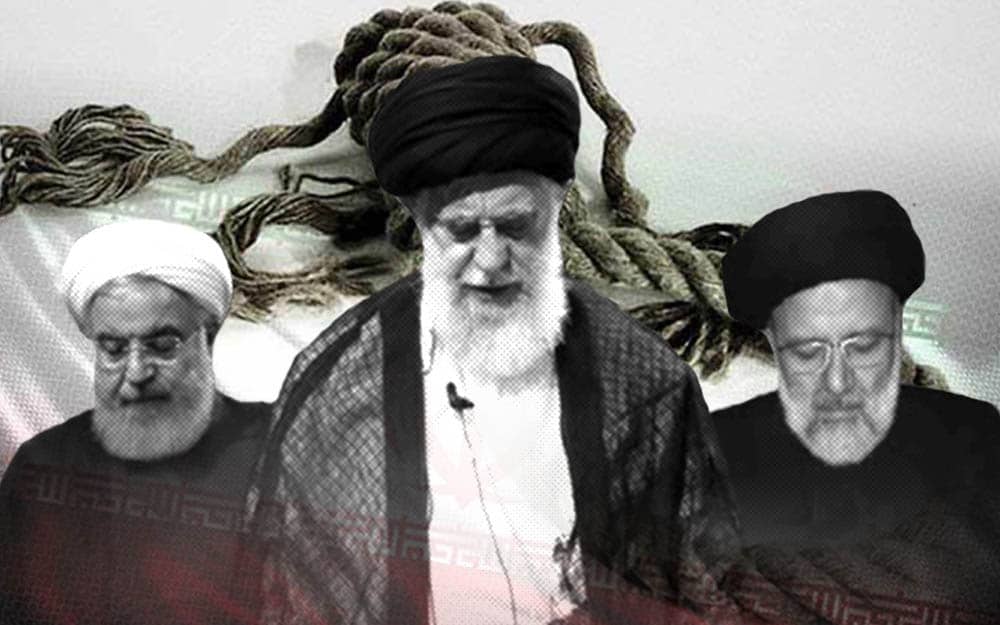 There have over 30 executions in Iran within the last month. Simultaneously, the regime has increased its terrorist activities, particularly through its proxy groups in Iraq, firing rocket at the United States Embassy. Why would the regime take these actions, while they would increase both the society’s restiveness and mullahs’ international isolation?

The Iranian regime is facing a restive society. As Iranians grapple with poverty, they find the regime as the only source to their social and economic hardships. Numerous protests across Iran by all walks of life, mainly the recent nationwide protests by retirees, are testament to this fact.

In addition, after years of oppression and the killing of deprived people of Sistan and Baluchistan Province, protests erupted on Monday and continued till Wednesday, after the regime’s security forces killed several fuel porters.

The recent killing of the deprived porters and protesters in Sistan and Baluchistan and the fact that the mullahs have not resolved Iran’s economic crisis show that the clerical regime is unable to address people’s concerns.

Therefore, the clerical regime has increased its oppressive measures inside Iran and terrorist activities abroad to export crisis.

The regime’s state-run media have been acknowledging the society’s explosiveness in recent days.

While underlining that “the food poverty line is 6,700000 rials per person,” the state-run Mardom Salari daily on February 14 warned the regime’s officials of social turmoil. “If the economic conditions do not change and the upward trend of social problems continues, we will see disorders in society. Gradually this disorder and chaos [uprising] will pervade all social classes,” Mardom Salari wrote.

“The effects of inflation in every aspect and perspective destroy the lives of the low-income and middle classes of society,” wrote the state-run Iran daily on February 15, adding that “this trend strongly leads the society towards polarization, the far-reaching consequences of which, such as increased insecurity and unrest, will affect all members of society.”

The regime has pursued a policy of extortion through terrorist activities in the region, and on the other hand, by violating its obligations under the 2015 nuclear agreement with world powers. The goal of this policy is to force the United States and Western countries to give concessions to the regime and lift sanctions.

The way to counter the regime’s extortion policy is for the international community to adopt a firm regional policy and to condemn internal repression. World leaders should know that dictators only understand the language of firmness, and concessions will only embolden the religious fascism ruling Iran.

Previous articleEurope-Iran Business Forum Signals Willingness To Overlook the Worst Malign Activities
Next articleIran: Sistan and Baluchestan Uprising, No. 5 – Fourth Day of the Uprising in Zahedan and Other Cities